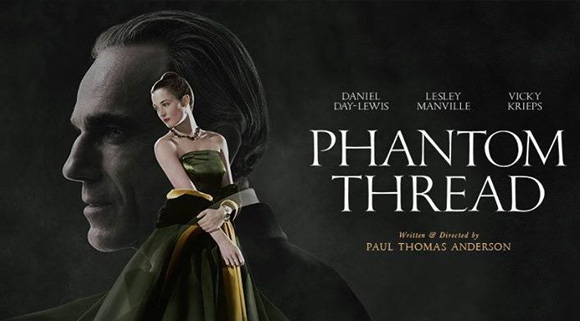 Set in 1950’s London, Reynolds Woodcock is a renowned dressmaker whose fastidious life is disrupted by a young, strong-willed woman, Alma, who becomes his muse and lover.

Ok, firstly a confession: this is my intro to Paul Thomas Anderson (known as PTA to cinephiles). Secondly: It’s a film I appreciate but not love. Wait, what? Yes I know, this film has garnered unanimous adulation. Critics as well as fellow filmmaker I know (including my short film director) calling it exquisite, masterpiece, sublime.

Now, I don’t disagree with them. On a technical level, the film is superb. Even the story is intriguing, impossibly elegant and mysterious. The painstaking attention to detail is amazing and amazingly-stylish, which is fitting considering it’s a film about an obsessive fashion designer.

On an emotional level however, it just doesn’t resonate with me. It feels like a cold film. Perhaps it’s intentional and perhaps PTA himself intentionally kept viewers at arms’ length, as that’s how the film’s protagonist Reynolds Woodcock keeps his lovers. Played with elegance aloofness by Daniel Day-Lewis, it made me wish he isn’t serious about retiring.

Even playing such an unlikable character, Day-Lewis is mesmerizing. There’s something so precise about his acting, and being a method actor that he is, he makes you believe he is whoever he is playing. But equally mesmerizing is Vicky Krieps as Alma, who’s pretty much Day-Lewis’ equal. It’s fitting given that Alma’s pretty much Reynold’s equal despite her initial meek demeanor. I haven’t seen miss Krieps before, but the Luxembourg-born actress has quite a resume. I just wish there’s more to her character, it’d be more interesting to see more of her backstory. 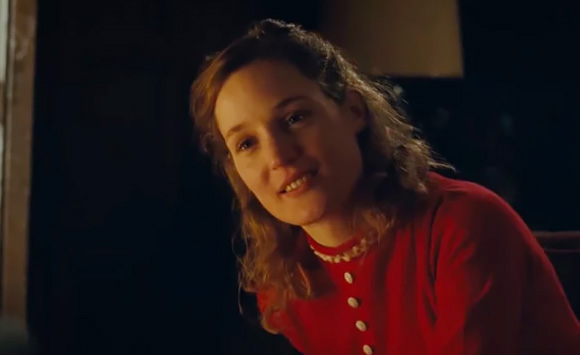 This is the kind of film that makes you ponder for days. What is it about exactly? There are many themes being explored here, and one that comes to mind immediately is obsession, specifically Reynold’s obsession with perfection. But he’s also a narcissist, a mama’s boy and frankly, a demanding big baby in terms of how he conducts his work. Everything has to be just so–no noise on the table as he eats his breakfast–or his entire day would be ruined.

He seems obsessed with Alma likely because she’s nurturing, yet she’s also headstrong like his loyal sister Cyrill. The always-reliable Lesley Manville is perfectly icy cool as Cyrill. There’s one particular scene between Cyrill and Reynolds that’s quite funny. The few darkly comedic scenes didn’t exactly offer respite from the gloomy spirit of the film however. I likened it to a chilly, windy, foggy day in London, perfectly tinged with melancholy.

Perhaps one of the reasons I didn’t enjoy this film as much was because I sat on the front row at the screening, so it was uncomfortable having to tip my head back the entire time to watch it. I don’t know if I would feel differently on second viewing, this isn’t something I’m keen on rewatching. Though it may appear like a romance drama, the film isn’t particularly romantic. It’s elegant yes, and tantalizing at times, but not really romantic. As I mentioned in my Shape of Water review, I love films that connect with me emotionally and this one didn’t really do that.

Despite my quibbles, I still give it high marks because I think it’s competently-done. PTA also did the cinematography on this and shot it on 35mm hence the rather-grainy quality. There’s not a lot of action in the film, but yet PTA made even the seemingly mundane act of sewing, cutting fabric, and especially cooking, so intriguing… and suspenseful. You won’t ever see mushroom the same way again after this. The style and camerawork suits the narrative and period well, complemented by Jonny Greenwood‘s evocative score. He’s a composer I’m also not familiar with, but his music here adds a hypnotic quality to the film.

So yeah, I can see why people admire PTA’s work and I’m glad I finally got to see one of his films. My film friends have all suggested that I check out his previous films, so I’ll do that eventually as I’m especially intrigued by Magnolia. As for this one, well I’m glad I saw it on the big screen, it’s certainly a good looking film.

So did you see Phantom Thread? Let me know what YOU think!