When Ridley Scott announced that he’s going back to the Alien franchise again 5 years ago, many fans were very excited. Even though he didn’t say it at the time, 2012’s Prometheus was a prequel to his original Alien film. There were quite a lot of excitement for Scott’s first sci-fi picture in many years but when Prometheus finally opened, it was met with mixed reviews, modest box office results and divided many fans of the franchise. Now instead of trying to say the new film isn’t related to the Alien world, Scott decided to go full Alien mode in this new sequel.

It’s a decade after the events of the previous film, a new crew in a spaceship full of colonists are heading to a distant planet to find a new home for humans and preserve our race. While all the human crew members were in hyper sleep, a cyborg named Walter (Michael Fassbender) had to wake them all up because the ship ran into some troubles. Unfortunately, the ship’s captain was killed during the commotion and his second in command named Oram (Billy Crudup) must man up and be the leader of the crew.

We get the sense that the crew don’t have much respect for Oram and he certainly doesn’t have respect of the captain’s wife named Daniels (Katherine Waterston). While trying to fix the ship, the crew received a signal from near by planet and Oram decided to investigate. Daniels opposed his decision, she believes they should head to their original destination but Oram believes this new planet could be their new home because it has the same atmosphere as earth. Of course when the crew landed on this new planet, they were met with menace and many won’t survive.

As far as story goes, this sequel didn’t really offer anything new. I thought the script by John Logan and Dante Harper didn’t really do a good job of creating these new characters, with exception of Fassbender’s David/Walter, we didn’t really know much about any of the characters. Oram and Daniels are very interesting individuals but they weren’t given much to do. When Daniels was thrust into the hero mode, to me it just felt off because she really didn’t have much to do in the first half of the film. Maybe an earlier draft of the script may have fleshed out these characters much better, but the shooting script didn’t do a good job of it.

Since he got top billing, Fassbender was the main star of the film and he excels here in a duo role. Walter is new cyborg who wants to protect the crew while David has evolved into something more menacing. Waterston’s Daniels is supposed to be the new Ripley but her character was so underwritten that I don’t really care for her. The same could be said for other characters in the film. In fact, I thought it’s kind of weird seeing Danny McBride in a non-comedic role. Not sure what the casting director was thinking when they cast him. 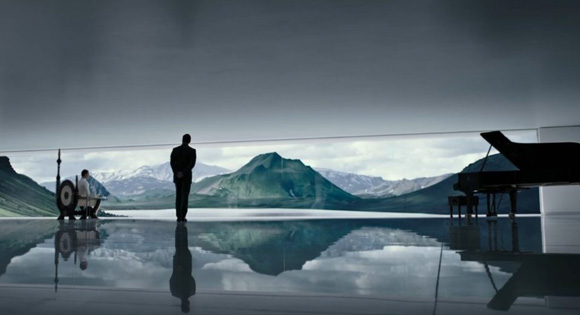 This is Scott’s third time doing an Alien picture so from technical stand point, it’s flawless. Although, some of the CGI aliens looked way too fake. I thought some of the alien creatures from the original film looked much scarier than in this film. Scott staged some cool frantic action sequences and didn’t backdown on the gore. He said he wanted to scare people in this new film, I don’t think he achieved that but I appreciated his effort. Scott also wanted to give some sort of shout outs to the previous films in the franchise, fans will recognize similar sequences from Cameron’s Aliens and Fincher’s Alien 3. 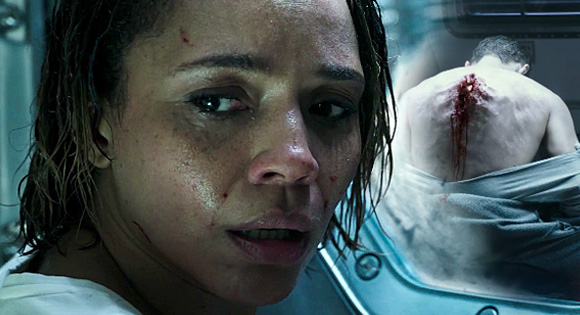 Despite its underdeveloped characters, I still thought it’s an entertaining picture. I wanted to see something new for a sixth film in the franchise but what we got here is just another summer spectacle that feels like it’s been there done that. It looks great and I’m sure fans of the franchise will be entertained by it.

So have you seen Alien: Covenant? Well, what did you think?