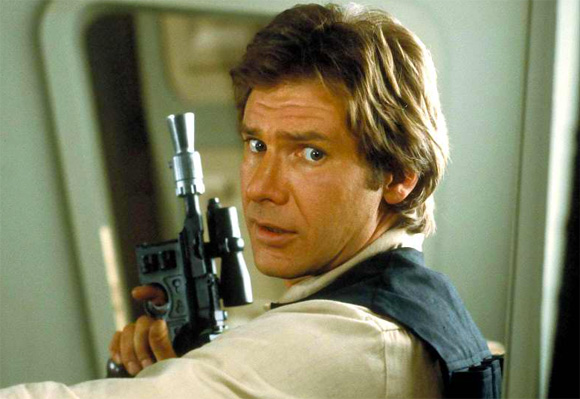 So a couple of days ago when Twitter was all abuzz with news of the upcoming Han Solo spinoff movie, I was rather ho-hum about it. I’m not exactly clamoring to see this, nor the throng of other spin-offs as Disney’s milking the Star Wars franchise for all its worth. $4 Bil is really chump change considering the potential it could rake from it. 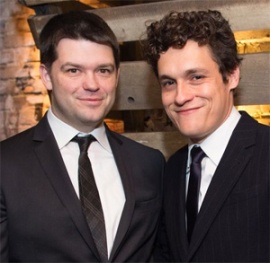 I suppose out of all the inevitable spin-offs, the Han Solo movie could be a fun action/adventure movie, that is if they get the casting right. Before I get to that, at least on paper they seem to get the directing pick right. The LEGO Movie directors Chris Miller & Phil Lord are going to be helming this, and it seems that directing duos seem to have worked well for the company [i.e. Anthony & Joe Russo w/ the excellent Captain America: The Winter Soldier]. The also have a father/son duo Lawrence Kasdan and Jon Kasdan to pen the script, the former has written Star Wars Episode V and VI, as well as Raiders of the Lost Arc. According to THR, Miller was apparently an intern at Lucasfilm, and he was once asked to step into a Stormtrooper costume for one of George Lucas’ Special Edition Star Wars movies. How cool that life seems to have come full circle for him!

Now on to casting!

There have been a bazillion posts in the past couple of days and frankly, some of the choices they listed on some major sites are so preposterous. I mean Shia LaBeouf? Dave Franco? Zac Efron?? [smh] EW even suggested Ted and my worst nemesis, Jai Courtney, who’s more wooden than the Pechanga Oak Tree!

Now, I texted my pal Ted what his thoughts are on this whole project, so let’s start with that…

Like many Star Wars fans, Han Solo is my favorite character from the original trilogy. Personally I don’t really have the urge to see a film about Solo, even though he’s my favorite character from the franchise, I don’t know if his back story would be that interesting since he wasn’t involved with saving the universe until he met Obi-Wan and Luke years later. I’ll have an open mind and hope that the writers can come up with some good story about Solo’s past but till then count me as one of the people who don’t really have that much interest about this potential franchise for Disney.

Of course people have already about which actor should be playing young Solo, I’ve read somewhere that Aaron Paul is the favorite? Well I’m in the minority here and say that he would be an awful choice if he was cast in the role. Nothing against Aaron, he’s great in Breaking Bad and I can never see him as any character but Jesse.

I think they should go with an unknown for the role and my choice would be Taron Egerton. He’s not that well known yet and I thought he’s great in Kingsman: The Secret Service. If Disney decides to go with a better known actor then my choice would be the current golden boy Chris Pratt.“

Funny that as I was driving home, I was exactly thinking that they should cast an unknown. I mean, Ford was still a carpenter when Lucas hired him to read lines for actors auditioning for parts in Star Wars! [per Wiki] Now, I’m not suggesting they cast some dolly grip or something, after all Ford did have supporting roles already by the time he was cast.

Well, the first person that came to mind was the same one that Ted suggested. We thought Taron Egerton has that mischievous, rebellious quality that fit the role of the space scoundrel. Solo is one of the great leaders of the Rebel Alliance so he should have that commanding presence but doesn’t take himself so seriously. The 26-year-old Taron is Welsh, but hey, it never stops Hollywood from casting UK actors in quintessentially American roles.

Now, my second choice is an even more obscure actor who’s actually been in a film with Ford himself. Anthony Ingruber played the younger version of Ford’s character in The Age of Adaline and his resemblance to Ford is uncanny! I literally yelped when I first saw him in the trailer, I thought they did a ‘digital facelift’ technique or something like they did with Ian McKellen and Patrick Stewart in X-Men 3.

He’s also done amazing impressions of Solo in this video he posted back in 2008, but now seven years has passed so he’s more mature looking and hopefully has more acting experience as well. Anthony is 25 and 6-feet tall (a mere inch shorter than Ford) and if you watch the video, even his voice is so similar to Ford’s.

I hope they’d at least consider inviting this guy for an audition. I realize that good acting takes more than just the ability to do impressions of the original actor, but hey it’s a good start.

Another young actor that might fit the part is Ansel Elgort whom I’ve met when he was promoting Divergent. He’s only 21 though, so a little on the young side, but he’s got quite a swagger and ‘old soul’ quality about him even when two years ago. He’s a NYC native, VERY tall (6’4″) with a rather deep voice. He’s quite popular with the teen crowd I reckon, thanks to The Fault in Our Stars, and I think he’s a decent actor.

Another name that keep getting a mention every time there’s a reboot of one of Ford’s many lucrative franchises is Chris Pratt. Now, I think he’s practically already playing a Han-Solo type role in The Guardians of the Galaxy, I’d rather see him as Indiana Jones.

The project is now set for a May 25, 2018 release, so we’ll probably be hearing casting news in the next few months.

So let the casting discussion commence… who would YOU like to see cast as Han Solo?