There’s something so refreshingly frank about this movie right from the start. Though it deals with a difficult subject of terminal illness, the movie is both heartwarming and genuinely funny. The ‘Me’ in the title is Greg (Thomas Mann), who spends most of his free time making parodies of classic films with his friend, whom he refers to as his co-worker, Earl (RJ Cyler). One day his mom tells him that one of his high school mates has cancer and she basically pesters him to spend time with her. His constant protests prove to be futile, so Greg reluctantly visits Rachel (Olivia Cooke) and frankly tells her that he’s there because his mom told him so. He practically begs Rachel to let him hang out with her as his mom would ‘give him hell’ if he doesn’t.

I was sold on this movie right from this very scene. It reminds me of the 2011 dramedy 50/50 with Joseph Gordon-Levitt which also deals with cancer in a lighthearted-yet-profound way. But Me and Earl and the Dying Girl is a smaller, more intimate film and it’s also a lot quirkier. Greg and Earl made for a rather unlikely duo but they’re a hoot to watch as they watch classic movies together and then make a whole bunch of parody movies of them in their spare time. Both of them are a bit of a social outcast and so this movie-making hobby is sort of a release for both of them to channel their frustration as well as creativity. So when one of Rachel’s friends found out that they like to make movies, they’re tasked with making a film about her.

There’s a laid-back vibe to this movie that adds to its indie charm. From the way the characters interact with each other to the seamless way things unfold, it’s a journey that’s rather easy to digest and one that doesn’t feel emotionally manipulative. That last part is tricky given the subject matter, yet director Alfonso Goméz-Rejón stays away from clichés or cloying over-sentimentality that could threaten to weigh this movie down. Also props to Jesse Andrews who wrote both the novel AND the screenplay. I love that the film doesn’t ask us to pity Rachel, and the character is adamant about that in her initial conversation with Greg. She faces her illness head on just as this movie also doesn’t sugar-coat Rachel’s illness and how she, as well as those around her, deals with it. 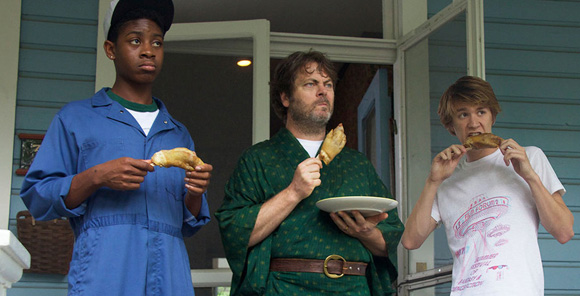 I like that there’s mostly unknown in the entire cast. The most famous cast member is Nick Offerman, who along with Connie Britton as Greg’s parents add a dose of eccentricities to the movie. Initially I felt that Molly Shannon as Rachel’s mom was perhaps a bit miscast here as you just kept expecting her to do something totally bonkers, but in the end it turns out to be a rather restrained performance from her. It’s also a bit odd to see Jon Bernthal here as Greg’s history teacher who let the two boys have lunch and watch movies in his office. I guess I just never saw him in this kind of role before but I like his understated performance and his character is integral to the moral of the story.

The stars of the film however, is Mann, Cooke and Cyler as the three unlikely friends. The three young actors embody their roles pretty well and Cooke especially had the difficult task of convincing us that she’s indeed ill. The friendship theme run deep in this film, and it’s truly the heart of the film. The scenes of 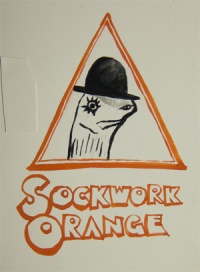 Greg and Earl talking about their parody movies are genuinely funny, so are the titles they come up with, i.e. A Sockwork Orange, Senior Citizen Kane, Rosemary Baby Carrots, The 400 Bros, etc. The movie incorporates some animated sequences which gives it a surreal vibe, but it never detracts us from the friendship storyline.

The third act proved to be the most emotional and I find myself tearing up quite a bit towards the end. I suppose you could say the ending is pretty predictable, yet the scene of Greg coming to terms with the situation hit me harder than I thought it would. There have been a lot of dialog throughout the movie up until the finale, but there’s no words necessary to convey the sentiment of the finale. I think it’s fitting that the filmmaker let the scene speak for itself, which made it feel all the more poignant.

Overall though, I like this movie but I wouldn’t say that I’m in love with it. There are some high-school moments that don’t resonate as well with me, and at times some of the supporting characters felt too cartoonish. Strangely enough, I also don’t feel as much an emotional connection with Rachel as I thought I would, but perhaps the story is more about Greg than about her. That said, I do think it’s an outstanding feature film debut from Goméz-Rejón and he’s certainly a director to watch for. 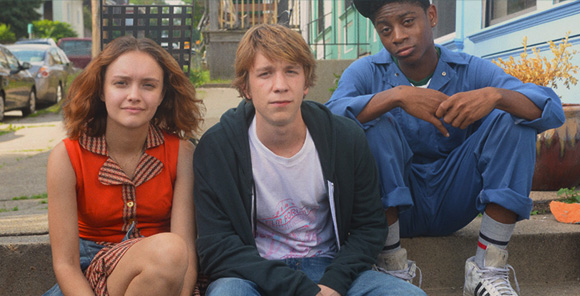 I listened to an NPR’s Fresh Air interview with Goméz-Rejón who talked about how losing his dad shaped his approach to the film. It’s apparent that this film was a personal project for him and I think his personal experience made this film feel more authentic. He also talked about working as Martin Scorsese‘s personal assistant in his early 20s so he’s definitely learned from the best. The Sundance’s Grand Jury Prize is well-deserved and I have a feeling this would stand as one of the best high school films of this generation. If this is playing near you, I hope you go out and check this one out folks, a refreshingly original story that’d make a great antidote to all the sequels/reboots of the Summer and beyond.

Have you seen this one? Curious to hear what YOU think!