1. Since this months’s edition falls on Easter Sunday, I think it’s the perfect time to highlight films with redemptive themes. They don’t have to be spiritual films per se, it could be from any genre, so long as it contains films where the character realize the error in his ways and become a changed person. Some of the ones that have memorable redemptive themes Road to Perdition, Michael Clayton, Schindler’s List, Gran Torino, Léon: The Professional, Children of Men, Star Wars, those are just at the top of my head.

Judah: Almost at the moment He died, I heard Him say, “Father, forgive them, for they know not what they do.”
Esther: Even then.
Judah: Even then. And I felt His voice take the sword out of my hand.

It’s a perennial favorite around Easter time, but really, I’d recommend one of the greatest epics in cinema history any day of the year.

Which film(s) with redemptive theme resonate with you most?

2. Check out the FIRST LOOK of Steven Spielberg‘s WWII drama Bridge of Spies.The name refers to a bridge across the Havel River in Germany used by the Americans and Soviets for the exchange of captured spies during the Cold War. 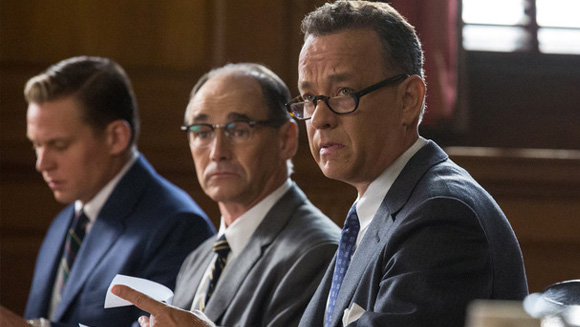 This marks the fourth Spielberg – Tom Hanks collaboration and the Coen brothers are apparently polishing the script originally written by Matt Charman. Wow, with such a pedigree and an intriguing premise, I can’t wait to see this!

Too bad John Williams won’t be scoring the film though, apparently due to “a minor health issue that’s now been corrected,” (per EMPIRE) and replaced by Thomas Newman. The article also provides a caption of the image we see above: James Donovan (Hanks), a lawyer who was pushed headfirst into the Cold War during the 1960s when he had to negotiate for the release of downed U2 spy plane pilot Gary Powers after the airman was shot down over Russia. Alongside him is Mark Rylance’s Rudolf Abel, a suspected KGB spy who was defended by Donovan in a US courtroom in 1957.

What’s your initial thoughts of Bridge of Spies?

3. I just read this over at Slash Film that series creator Steven Moffat wants a crossover of Doctor Who and Sherlock. Now, though I’m not obsessed with either show, I totally get the appeal and I think both are fun and well-written. Crossover ideas are nothing new in pop-culture, we’ve seen ’em in a lot of comic-book adaptations like CW’s Arrow and The Flash, and of course the DC and Marvel Cinematic Universe are full of them.

Well, apparently Moffat is the only one excited for the crossover idea as the lead cast Benedict Cumberbatch & Martin Freeman, as well as the series’ co-creator Mark Gatiss aren’t keen on the idea, saying “Look, it will never be as good as they think it’s going to be.” You know what, I kind of agree with them. It seems like a fun idea, but whether it’ll actually work or not is another story. Though if there’s anyone who could somehow make it work, it’d be Moffat. So never say never I guess.

What do you think of this Sherlock/Dr.Who crossover or other crossovers on film/tv?

4. This question is inspired by my recent roundtable interview with the two lead cast of The Longest Ride: Britt Robertson and Scott Eastwood (I will post the transcript next week). Also, I saw A Woman in Gold last week in which Max Irons has a supporting role (I first noticed him in The Riot Club trailer) and Colin Hanks was just on MPR’s Wits, a live public radio show filmed here in town. Well, just looking at the last names, you might be able to deduce that all three have famous dads who are practically screen legends: Clint Eastwood, Jeremy Irons and Tom Hanks. Boy, they all seem to be splitting images of their dads, aren’t they?

Now, I haven’t seen enough of their work to judge their talent as an actor, but they seem to have a decent career so far in Hollywood. It made me think of other famous Hollywood actors’ offsprings who’ve made it in showbiz. There are no shortage of them, and some have even match or even surpass the success of their parents, Angelina Jolie, Michael Douglas, Jeff Bridges, those are just a few that come to mind.

So I’m curious, who are your favorite famous actors’ offsprings?
…

5. This month’s Five for the Fifth’s guest is Stu from Popcorn Nights blog! 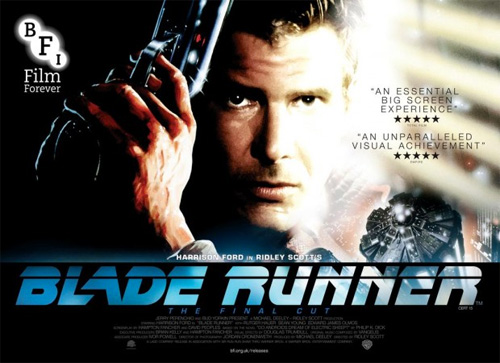 The Final Cut of Blade Runner has just been re-released in cinemas in the UK, and stands as Ridley Scott’s definitive version of the film, and far better than the 1982 cinema release. Here’s the trailer:

Which director’s cut of a film do you think is the biggest improvement on the original work?

Well, that’s it for the April 2015 edition of Five for the Fifth, folks. Now, please pick a question out of the five above or better yet, do ‘em all! 😀