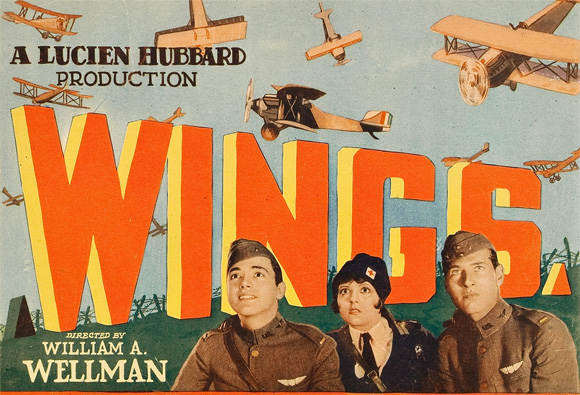 I was pretty excited to finally watch this movie. I’m not usually into silent films, but this one came highly recommended. The film starts off with a light, whimsical tone in small town America where Jack (Charles ‘Buddy’ Rogers) is working on his beloved car and dreaming of flying. The girl next door Mary (Clara Bow) is in love with Jack but he is blind to her affections. But he’s not the only one with unrequited love, as Jack is in love with Sylvia (Jobyna Ralston) who actually loves David (Richard Arlen).

Most of the film is about World War I, featuring some impressive aerial scenes as well as some intense ground battles that seem less bloody as the film is shot in black and white. Per IMDb trivia, real soldiers from the army’s 2nd Infantry Division, stationed in Corpus Christi, Texas, were used as extras. It’s really astonishing what they’d accomplished here long before CGI was used. Apparently the actors were actually working the planes themselves with a camera strapped to the engine cowling. IMDb trivia also noted that actors had to get the plane up in the air, keep it up, fly it so that clouds or German fighter planes could be seen in the background, operate the (motorized) camera and land the plane and act at the same time. Here’s the scene of the first Dogfight scene:

The story focuses primarily on the relationship between two fighter pilots Jack and David from two different walks of life. What began as a rivalry, as they’re in love with the same woman, turns into a genuine friendship. Despite being from a privileged family, David is really likable and even noble young man. He could’ve easily just told Jack that Sylvia didn’t love him but he couldn’t bring himself to let his friend know that Sylvia only gave Jack the locket with her picture as she felt sorry for him. 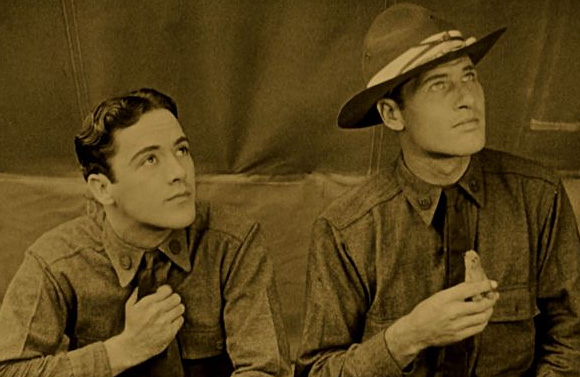 The most heart-wrenching scene was when David’s dying, as his plane was shot by Jack himself. He had stolen a German plane after his plane crashed, and of course Jack didn’t know it was David piloting it so he kept shooting at it. It’s especially tragic as just before their mission, David had told Jack he had a hunch he wouldn’t be coming home. 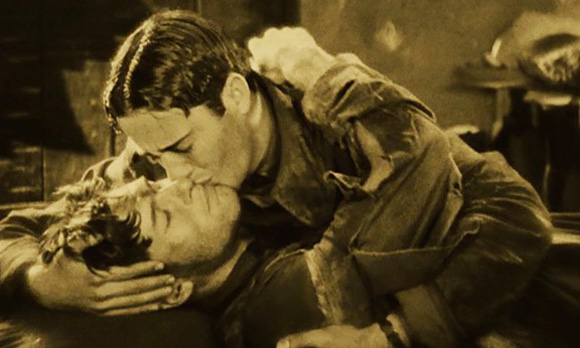 The film featured the first kiss between two men, but it’s really not as controversial as people might’ve made it out to be. The scene is about a deep, profound friendship between the two men, as well as Jack being overwhelmed with a sense of guilt and sadness. It’s really quite a moving scene, in fact, I couldn’t help tearing up watching it. The scene that followed when Jack had to tell David’s parents is equally heart-wrenching. I think the film succeeds in showing the true brutality of war, not just in the bloody war scenes, but in the scenes where families are crestfallen when they learn their loved ones have perished.

The film is rated PG-13 for the brutal war scenes, as well as a brief scene of nudity as a girl was changing her clothes. I think some of the violence are quite graphic for its day – pilots getting shot and bleeding to death, soldier getting crushed by tank and frequent shots of blood spurting out as people get shot. Surely it’s nothing compared to today’s war films though. 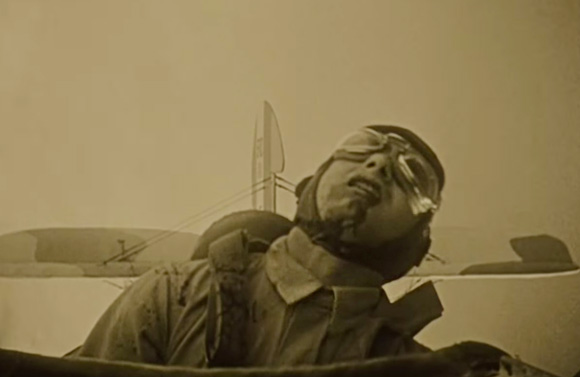 Now, you can’t review this film without mentioning Gary Cooper. Yes he’s only got a 2-minute cameo but apparently his brief appearance here launched his career. Can’t say I’m surprised, I’m sure both men and women would’ve said ‘Who’s THAT?’ when he came on screen. He’s absolutely striking and even the scene of him just woken up… sleepy eyed, clenched jaw, and messy hair… he’s really quite mesmerizing. It’s fitting as the two characters who shared the scene with him were also captivated by Cooper’s Cadet White. I think he’s the only classic actor who could give even Gregory Peck a run for his money, and undoubtedly the two actors were often compared to each other in terms of looks and acting style. [note to self: watch more Gary Cooper films] 😉 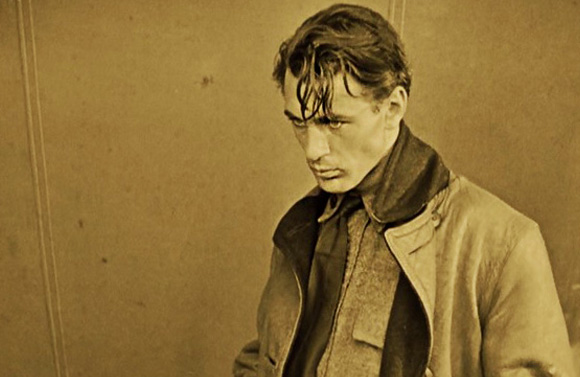 There are lots of love going on during filming as the Arlen & Ralston got married shortly after filming and Cooper had a longtime affair with silent star Clara Bow. The silent film star was pretty fun to watch with her cherubic face and big, expressive eyes. Her scenes are a bit sentimental, consisting mostly of her crying and fawning over Jack. I thought there’d be more to her character considering miss Bow had been quite famous by the mid 20s. The whole bar scene where she tried to seduce Jack who’s completely wasted is pretty silly, but the scene when they’re alone in the room must’ve been quite risqué for that era, not to mention the brief breast-flashing scene. This was pre-Hayes code as this was released a few years before censorship was enforced starting in 1930. 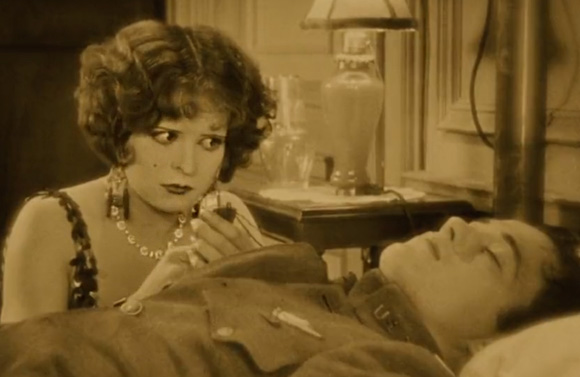 Despite the nearly 2.5-hour running time, I wasn’t bored watching it. The cinematography is quite stunning, and the aerial stunts live up to the film’s title! Director William Wellman had about 80+ films to his credit but this is the first film of his I’ve ever seen. Well I might have to check out more of his work now. I also like the music, which is always key in silent films, and I read that the entire score was written and recording using Wurlitzer Pipe Organ. Wings won the first ever Academy Awards and it also won Best Engineering Effects, akin to Best Special Effects in today’s Oscar. I do think it merit both awards, though I think both Rogers and Arlen were good enough to be nominated in the acting category.

Glad I finally saw this one. It’s not perfect as the story is a bit melodramatic at times, in fact, the film tries to incorporate the love-during-wartime story but the romance isn’t as convincing to me. The war aspect certainly works better, but still it’s more emotionally-engaging than I had expected, especially the friendship between the two leading men. I think it’d have looked pretty amazing on the big screen too, given the masterful digital restoration by Paramount to coincide with its 100-year anniversary celebration. You can watch a 15-min video of the restoration on Youtube, the process of cleaning up, fixing all the scratches, tinting, etc. whilst maintaining the level of authenticity of the original art. The restored sound work makes the war scenes felt really suspenseful… sounds of planes flying, bullets spraying, bomb exploding, they definitely adds to the realism of the piece. Wings definitely takes flight, in more ways than one.

The Blind Spot series was originally spearheaded by Ryan at The Matinee,
and I was also inspired by Dan’s list at Public Transportation Snob.

Have you seen WINGS? Well, what did YOU think?