This Blog Relay idea is really getting around. I did a similar post a while back with the Most Iconic Movie Characters which generally has the same concept. This time around, the 10 Most Influential Directors relay is spearheaded by John at Hitchcock’s World. Here’s the gist in John’s own words:

I have compiled a list of ten directors I consider to be extremely influential. I will name another blogger to take over. That blogger, in their own article, will go through my list and choose one they feel doesn’t belong, make a case for why that director doesn’t fit, and then bring out a replacement. After making a case for why that director is a better choice, they will pass the baton onto another blogger. That third blogger will repeat the process before choosing another one to take over, and so on.

Thanks to Josh at Classicblanca for passing the baton to me! These nine remain on the list as it stands right now, scroll down below which director I have to let go and his replacement: 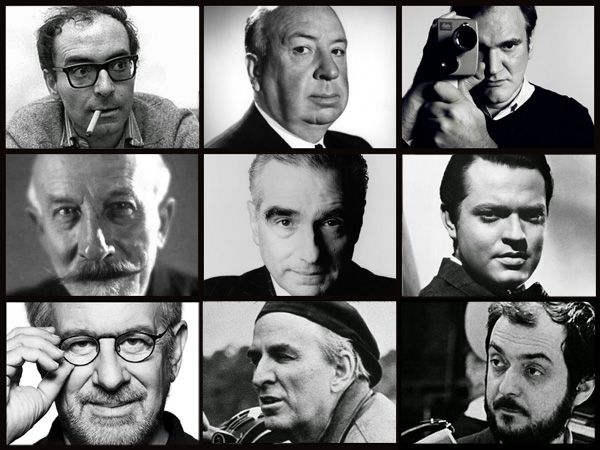 Thanks to Two Dollar Cinema for the image idea 🙂

The last addition that Josh added was Ingmar Bergman. Here’s his reasoning: Ingmar Bergman’s films put the human condition in the forefront, combining striking imagery with raw emotion. Where would cinema be without his humanistic approach to storytelling?

Boy, the list as it stands now makes it incredibly tough for me to remove a single one, but hey, rules are rules and so, even with a heavy hart, one has to make a decision.

It’s not so much that I’m removing Mr. Coppola, but I’m just moving him down to another spot in the top 15. How about that for diplomacy? 😉 In all seriousness though, I do think Mr. Coppola is indeed an influential director. But the point of this list is just how influential? I mean we’re talking about the most influential of ALL TIME here. Looking at the 10 directors, I feel that I can’t remove anyone else given the prominent contributions they’ve made, even if I haven’t seen any of their films [yet]. I feel that Coppola’s resume is pretty spotty after his glory days in the 70s. So sorry Mr. Coppola, but like I said, I do think you deserve to be in the Top 15!
…

I’m surprised he wasn’t on the list in the first place, to be honest. Now, even though I haven’t seen all his films, his talent is undeniable and he’s so well-loved by filmmakers and fans alike. He doesn’t just win numerous awards in his illustrious career (27 films, 6 Oscars), but he’s been an inspiration to other great directors. Michel Hazanavicius who won Best Director Oscar for The Artist thanked Wilder three times in his acceptance speech, “… I could thank him like a thousand times because I think he’s the perfect director, the perfect example. He’s the soul of Hollywood and I wanted to thank him and I love him.” [per The Wrap]. Even Ingmar Bergman who’s a legendary director himself has said that Wilder is his favorite Hollywood director [per IMDb]. Cameron Crowe also penned memoir of sort, called Conversations with Wilder, which was the first time Wilder agreed to talk extensively about his life and work. I wish there had been a documentary on him as well.

I’ve recently seen one of Wilder’s best, The Apartment, and I could see why his films are so beloved. He imbued such wit in his films, a dose of cynical humor. He also has a way with actors, having directed no less than 14 actors to Oscar-nominated performances. He’s also a versatile writer/director, as he excelled in numerous genres: drama, noir, comedy as well as war films. He’s one of those directors whose work I still need to see more of, but even from the few that I’ve seen, it’s easy to see how Mr. Wilder belongs in this list.

I’m passing the torch to Mark, one of my favorite bloggers over at Three Rows Back. He’s been doing great work in his Retrospective Series, like this one on A Hard Day’s Night.

So folks, agree/disagree with my picks? Let’s hear it!

50 thoughts on “Blogathon Relay: TEN Most Influential Directors Of All Time”