Wow, where has June gone? Can’t believe July is just 10 days away, seems that we barely had Spring and now we have been having a very showery Summer 😦

I haven’t done a Weekend Roundup in a looong time. Well, I didn’t go to the cinema at all this weekend, but I did see some older movies and one re-watch. I must say it’s quite fun to watch not only one but TWO period dramas with my hubby.

Inspired by my recent Austen Recasting post on Mansfield Park, I started watching the 2007 BBC version that I haven’t seen before. My hubby was looking at stuff on his iPad next to me whilst I was watching this and I kept making a comment at how much I prefer the 1999 film version that he’s curious to check it out. Well, since both are on Netflix, we decided to watch both!

Well suffice to say, the 1999 version by Patricia Rozema is still my favorite adaptation, though it’s definitely a bolder and darker version than one might associate with Jane Austen. I think it’s interesting that it touches on the issue of slavery as the primary financial income of the Bertram family, though I could use without the nudity [albeit a brief one] as it really detracts from the story. What I do like about the film version is how beautifully-filmed it is and the music by Lesley Barber is equally gorgeous and evocative. Plus the casting is fantastic all around, especially Frances O’Connor as Fanny and Alessandro Nivola as Henry Crawford. I also love the ending, it’s romantic and sweet and Jonny Lee Miller has such an earnest quality about him that fits the role of Edmund. I actually like Fanny’s narration in this movie and I’m not always fond of the use of narration on film. It seems that Fanny is not people’s favorite’s Austen heroine but I actually like her and I really connect with Frances’ portrayal of her.

On the other hand, I’m not fond of the 2007 version at all. I really try to like this but I just feel that Billie Piper is so miscast in the role. Sorry but I find her teeth VERY distracting. I know it’s not nice of me to say but I wasn’t bothered by her when she was in Dr. Who but she just doesn’t seem like she belongs in a period drama, and the way she’s swooning over Edmund just feels wrong and stalker-ish. At the same time, there’s no chemistry at all between her and Blake Ritson (Edmund), who looks like Adrien Brody but with slightly feminine features. All around the acting is just not convincing, most especially Joseph Beattie as the completely charm-less Henry Crawford! The abrupt ending is also very awkward that my hubby was like, ‘what the heck was THAT??’ I think this is my least favorite BBC adaptation of ANY literary works. I doubt I’d ever watch it again. I think the only fun part here is watching the lovely Haley Atwell as Mary Crawford.

On Saturday, we ended up watching an older spy movie that’s been sitting in our Netflix Instant queue for some time.

I saw on the description that it was a lighthearted espionage movie, but we didn’t realize that this was more of a comedy! The movie took a while to get going, but fortunately the cast kept me intrigued. The plot itself seemed complicated at first, as a lot of government conspiracy involving hacking, cryptography, etc. can be, but by the second act, it actually got to be pretty predictable. In fact, I had a hunch from the opening scene who the villain was. It’s interesting too just how relevant this topic is with the whole NSA expose by Edward Snowden, etc. In fact, Kingsley’s speech at the end about who controls the information is quite eerie because it’s really not far-fetched at all.

It’s quite amusing to see the likes of Robert Redford, Sidney Poitier, Ben Kingsley, David Strathairn, who are usually in serious roles being quite goofy in this one. Strathairn especially as a blind man with killer hearing power and instinct, but the last scene had him driving a truck directed by Redford on the phone! None of these actors are at their best here though, in fact, they seem underutilized for the roles they’re playing, but still it’s fun to watch.

Btw, really sad seeing River Phoenix here. This was released a year before his untimely death in 1993 at the age of 23. Like the rest, his role is so minor, similar to a tech guy in those Mission Impossible movies, with Redford as the Ethan Hunt character, y’know. I remember seeing Phoenix in teen drama A Night in the Life of Jimmy Riordan years ago and thought how talented he was. It’s so tragic how these young talents were gone far too soon. In any case, I quite enjoyed Sneakers, especially the more action-packed third act and the humorous ending. James Earl Jones had a memorable cameo that’s pretty hilarious.

Lastly, I saw Rebecca (1940), a Hitchcock film that won Best Picture Oscar, starring Laurence Olivier and Joan Fontaine. I shall have a review of it this Tuesday for my June Blindspot entry, so stay tuned! 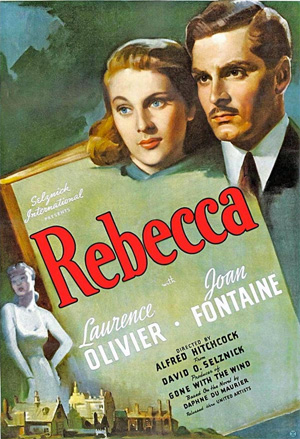 Well that’s what I saw this weekend. What about you? Seen anything good?