I’m a big fan of the TV show 21 Jump Street, heck I think I’ve seen every episodes of the show during its original run. When it was announced that a movie version was coming to the big screen, I was bit a skeptical. I mean how are they going to turn a soap opera crime drama into a feature film? I remember reading online about the film’s early development, they were thinking of making it a full out action/adventure. Thankfully someone at the studio got smart and decided to make it into an action-comedy instead. After the big success of the first movie, a sequel was quickly greenlit and now we get to see more adventures of buddy cops Schmidt and Jenko.

This new movie picked up where the last one ended, Schmidt (Jonah Hill) and Jenko (Channing Tatum) are still doing undercover work. They’re trying to bust a vicious drug dealer known only as The Ghost (the always entertaining Peter Stormare) during a sting, of course their plan didn’t go smoothly and The Ghost and his men got away. After the botched bust, both Schmidt and Jenko got demoted to the Jump Street unit, again. This time instead of going undercover as high school kids, they’re going to college. After a student at a local college was killed in what appeared to be a drug deal gone bad, both heroes were sent to the school to investigate. 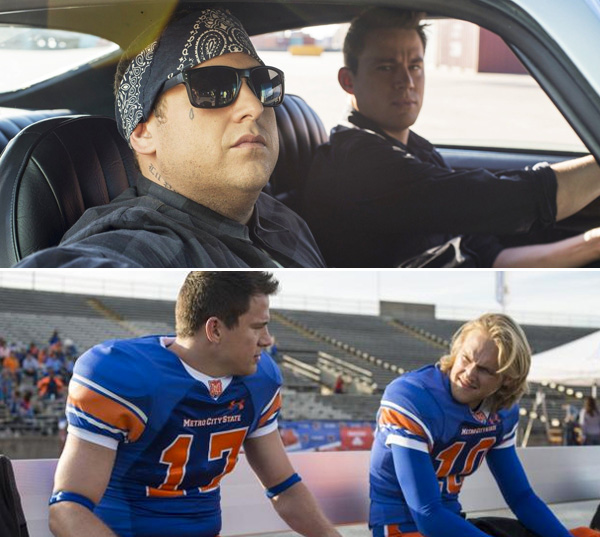 Once they got to campus, Jenko was able to make friends quickly with the school’s football players, especially the team’s QB Zook (Wyatt Russell, yup he’s Kurt Russell’s son). Schmidt on the other hand is not a jock and felt he didn’t belong with the group, so he ventured out to a new area on campus and met a beautiful art student Maya (Amber Stevens). They hit it off quickly and later spent the night together at Maya’s dorm room. Since their work is to investigate who’s behind the drug dealings, Zook and Maya became their main suspects. Of course both Schmidt and Jenko had to go through lots of shenanigans before they solve the case.

Basically the plot of this movie is exactly the same as the previous one, but that’s not a bad thing. Directors Phil Lord and Christopher Miller did a good job of moving the plot along and didn’t linger too long on some of the jokes. Although I wish they’d cut back on the self aware aspects of a sequel, yes we get it, the movie is a sequel and you might not able to top the original. I thought the jokes worked at the beginning but as the movie progresses, they became a bit tedious and I kind of got annoyed by all of those self-aware references.

Hill and Tatum have a great chemistry and the movie works because of them. Tatum’s Jenko joined the football team and became a star and he’s now questioning whether he made the right choice by becoming a cop. Hill’s Schmidt on the other hand, he’s right back being the nerd again and feels he didn’t belong with cool kids. I also like the supporting cast, including the love interests Zook and Maya. Yes you heard it right, Wyatt Russell‘s Zook was sort of a love interest to Tatum’s Jenko, they had this bromance going on throughout most of the movie and of course  that made Schmidt jealous. Ice Cube also returns as their always angry Captain Dickson. A little plot point involves him and Schmidt might be the funniest gag in the movie. Nick Offerman again appeared in a brief scene as Chief Hardy and he delivered some of the funniest lines in the movie. 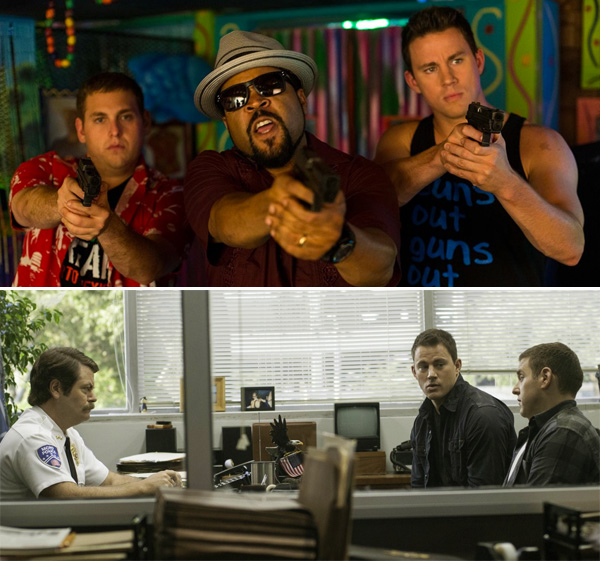 Overall I thought this was a good sequel and I think I might liked it better than its predecessor. It has some laugh out loud moments and everyone seems to have a good time in the movie. What I found a bit surprising was how tame it was for an R-rated comedy. Considering the story took place in college, I expected to see lots of nudity and gross humor. But with the exception of some F-bombs and some mild violence, the movie contained no nudity or any toilet humor and it’s quite “clean” by today’s R-rated comedy standards.

If you enjoyed the first movie then I’m quite sure you’ll have a good time with this one. It’s recommended if you’re in the mood for some good laughs.

What did you think of 22 Jump Street?