A Tribute to Hayao Miyazaki
By Conor Holt 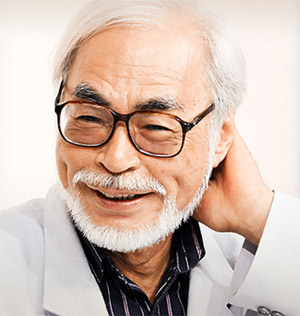 I don’t have a clear memory of when I saw my first Hayao Miyazaki film. I didn’t grow up watching his films – my childhood was built on Disney & Pixar. I believe I was around 12 when my younger cousins convinced me to watch Princes Mononoke.  I vaguely remember reading the back of the DVD case, which speaks of a young warrior “infected with a deadly curse”, who travels to the west and meets a princess “raised by wolves!” Maybe it was that silly exclamation point, but I can remember thinking: this sounds dumb. How wrong I could be. I don’t even remember watching the film, but I remember the feeling. I can’t quite express it, but it’s some powerful mix of enlightenment, wistfulness and joy. There is a special richness you get from watching a great film, a feeling that doesn’t diminish no matter how many times you watch it. I can’t say how many times I have watched this epic masterpiece, but that feeling, whatever it is, is there every time.

I think that feeling is key to understanding the greatness of Miyazaki’s films, and how they represent the very best of Animation. If I can put my finger on what I love about animated films so much, it’s that animated films can touch our emotions on a profound level. As a live-action filmmaker myself, I love live-action films, but there is something magical about animation in how it makes you “feel.” There are moments in every Miyazaki films that feel so alive, so close to you, that nothing else compares.

Sadly, Miyazaki’s career as a filmmaker may over – he claims that latest film The Wind Rises will be his last. This is not the first time Miyazaki has said this (he famously “retired” after Princess Mononoke, only to return for Spirited Away). But he seems quite sure this time – now that he is 72, directing an animated film where he is the key animator (which has always been Miyazaki’s style) is too much work. If this is to be the end, Miyazaki has left us with a wonderful farewell gift – The Wind Rises is a somber, souring, meditative look at the role of an artist and the sacrifices needed to achieve your dreams. The end of a great filmmaker’s career (by choice or death) is always sad, but Miyazaki’s towering filmography will still remain, waiting for another animation lover to discover it.

Animation is a strange thing to love as an adult. Many see animation as simply “for kids”, and animated films are often marketed at children. Even Miyazaki himself says he creates most of his films with an audience of Japanese children in mind. So why then do I still love and adore his films, and all of the films of Studio Ghibli? For one, they are beautiful. As hand drawn animation becomes more and more rare in the animation world, Miyazaki and his colleagues uphold the tradition, and Miyazaki even draws the entire storyboard for his films by himself. There’s also the music – each Miyazaki film since Nausicaa of the Valley of the Wind has been scored by Joe Hisaishi, and his sumptuous scores mirror Miyazaki’s stunning animation perfectly. But perhaps the biggest thing that keeps me coming back is the subtle depth and layers of Miyazaki’s films, and the relatable characters and stories they feature. For example, Kiki’s Delivery Service is about a young girl training to be a witch, but the core story of moving to a new city and struggling to find your way is relatable to all ages. Re-watching the film, this time as a recent college graduate who had moved to Los Angeles, I was struck how similar my own concerns and fears were to Kiki’s. Miyazaki has told a variety of stories in his career, but he makes every one of them honest and believable, no matter how old you are. 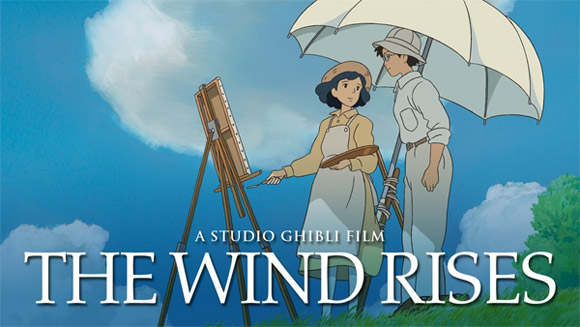 So how does Miyazaki’s latest film The Wind Rises fit in with his peerless filmography? On paper, this is a significant departure in many ways for Miyazaki. It’s a (heavily fictionalized) biopic of a real person – Jiro Horikoshi, the designer of the Zero fighter plane. While the film features several stunning dream sequences, it is grounded in real life, with the real issues of Japan in the early 20th century and the lead up to World War II. There’s also a love story – Miyazaki’s films often feature the beginnings of teenage romance, but this film features a full & and heartbreaking portrait of love between Jiro and Nahoko. And yet when you watch it, you can instantly tell this is a Miyazaki film. The careful balance of visual storytelling and carefully written dialogue. The humor, which Miyazaki finds even in the most dramatic moments, often in simple things, like Jiro staring in awe at the beauty of a fishbone.

The Wind Rises is also one of Miyazaki’s most complex films, following the life of the designer of a WWII fighter plane, but focusing not on the war and it’s consequences but on his personal obsession with planes and the personal sacrifices he makes to pursue his dreams. Many have criticized the film for ignoring the horrors of war or whitewashing Japan’s war crimes. I believe that Miyazaki’s work here is thematically rich and deep, and will continue to grow in future viewings (I’ve already seen it three times). I believe that Miyazaki made a definite choice to focus on the artist’s pursuit in this film, not on the war itself (which his colleague Isao Takahata has done in the masterful tragedy Grave of the Fireflies). In many ways this reminded me of Princess Mononoke, another film that struggles with the complex nature of war, as well man’s relationship to nature, a key theme with Miyazaki. Mononoke features a forest-destroying businesswoman who helps lepers and prostitutes, and gods who will kill innocent people to protect the forest. In films like this and The Wind Rises, Miyazaki addresses the messy reality of life, and chooses to leave things open to discussion, and I love him all the more for that. 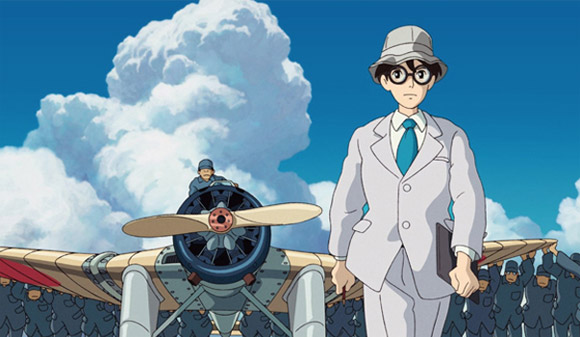 Still, I keep coming back to that emotion, that feeling I get when watching his films but I struggle to put it into words. It’s a wistfulness, a sense of capturing the fleeting nature of time. The greatest beauty of Miyazaki’s films may be the endings – each film leaves you not with the entire story but with a snapshot of a life. Every time I finish a Miyazaki film, I am filled with ideas and dreams of what the characters will do next, where they will go in their life. I don’t really want to see sequels, because I don’t need to – the film has so perfectly captured this world that I can feel the ebb and flow of its life. This is the special magic of Miyazaki – he has the magical ability to capture life. And thus the motto of The Wind Rises – “the wind is rising, we must try to live”, taken from a French poem quoted by characters in the film – sums up Miyazaki’s entire filmography. This is more than just an expression of Miyazaki’s pacifist stance – it’s a prayer for the importance of life, of finding the beauty in the world and protecting it. The importance of life cannot be better defended than through expressing it’s beauty, and Miyazaki has done that time after time with his films. In that sense, Miyazaki is not just a great artist, he is an inspiring artist, and even if he is retiring, he has inspired not just me, but millions across the world.

Conor Holt is the writer, director, and producer of multiple short films. His most recent film, A Better Life, a science-fiction drama about marriage & control, which he directed & co-wrote, played at the 2013 Fargo Film Festival and the Twin Cities Film Fest, and recently won Best Editing & Visual Effects at the St. Cloud Film Festival. He is a graduate of the Minnesota State University Moorhead Film Studies program, and currently lives in Los Angeles, working odd jobs in the film industry and volunteering at film festivals.

As a tribute to Mr. Miyazaki, what is YOUR memory of seeing a Studio Ghibli film and which one(s) is your favorite?

17 thoughts on “Guest Post: A Tribute to Hayao Miyazaki by Conor Holt”