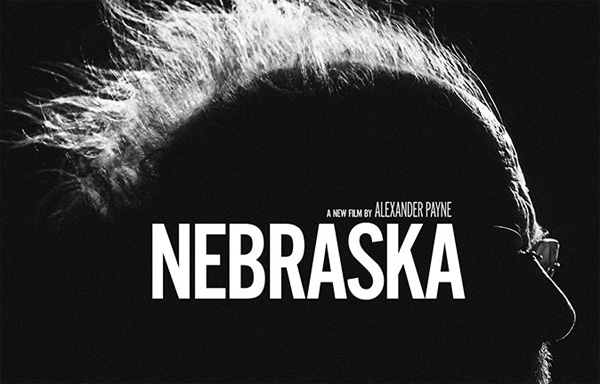 An aging, booze-addled father makes the trip from Montana to Nebraska with his estranged son in order to claim a million-dollar Mega Sweepstakes Marketing prize.

Part of the appeal of this film for me was Alexander Payne as director. Like his previous film The Descendants, it focuses on the idiosyncrasies of a certain family, but instead of the tropical paradise that is Hawaii, this time it’s set smack dab in the heartland of America. I’ve only passed through both Montana and Nebraska on a Midwestern road trip years ago, and neither is a popular state used for filming Hollywood movies. The fact that Payne chooses to film it in black and white also adds to the small-town charm.

It’s a road-trip of sort that starts off with the father Woody Grant and his youngest son David, from Montana to Nebraska. The story is pretty simple, perhaps deceivingly so, as it actually packs quite a bit in terms of character development and emotional involvement.Woody has become a cantankerous old man, disillusioned with his life and his marriage. This supposed million-dollar winning somehow sparks something in him and he choose to ignore all the warning signs and obvious red flags that it’s all just a fantasy. David on the other hand, feels that this road trip just might give them a chance to re-connect and also gives him a bit of a break from his tedious and monotone life as a stereo system salesman. Along the way, the Grants encounter certain family and friends they haven’t seen in a while and find out just how money could change everything, even when it’s merely imaginary!

I’ve never seen Bruce Dern before but he’s absolutely perfect in the role of Woody. With his messy hair, deadpan expression and prickly demeanor, he carries off the role with a great deal of charm and humor. There is something so endearing about his disheveled look and mannerism. This is also the first time I saw former SNL actor Will Forte in a serious role, and I’ve got to admit he sold me as David and he has an effortless chemistry with Dern. I read an interview that Dern was quite taken by Forte and wished he were his own son, and that rapport really showed. Bob Odenkirk and June Squibb did a fine job as Woody’s eldest son and wife Kate, respectively. Squibb was quite the scene stealer with her irreverent comments, especially the one at the grave site of Woody’s parents. At the same time, I’m glad her rather outrageous character isn’t on screen very much as it may overpower the story, and not in a good way. Stacey Keach also had a particularly memorable supporting role as one of Woody’s old pals.

I never knew the son of a bitch even wanted to be a millionaire! He should have thought about that years ago and worked for it!– Kate Grant

Right off the bat I felt somewhat of an odd kinship with both of them despite their flaws. Though the pace is deliberately unhurried, it doesn’t feel sluggish nor slow because I was totally invested in these characters. Thanks to the sharp script by Bob Nelson, it’s also funnier than I had imagined. The scene where Woody lost his teeth had me in stitches and the goofy scene at the barn is absolutely hysterical, perhaps the highlight of the movie for me. Yet there are genuine heart-wrenching moments as well, the moment where David met a woman from his father’s past is particularly memorable as it offers us a different side of Woody.

The ending ties up the father/son’s relationship with a touch of pathos and drollness. I think everyone who’s had experience with their own family eccentricity (and who hasn’t?) would appreciate this movie. Plus the black and white cinematography by Phedon Papamichael (who also worked on The Descendants) adds to the film’s charm whilst showing the Midwest landscape in a different light. It’s definitely an amusing and moving ride, one I don’t mind revisiting again when it’s out on dvd. Despite the lack of major movie star in this one, I actually like this one a tad more than Payne’s previous film.

Have you seen Nebraska? I’d love to hear what you think!