It’s truly one of the c-cc-coldest weekend ever. It’s way too early to have an arctic weather conditions here and it lingers way too long!

We’re talking about several degrees below zero (Fahrenheit that is, so it’s a few dozen degrees below zero in Celcius!), with Wind Chill Advisory issued by National Weather Service when the wind chill is low enough that it poses a threat to human health and life if adequate protection is not taken against hypothermia and frostbite! Now, where I live, I don’t just look at the temp, but the ‘Feels like’ part is far more important, and so it feels like -21˚ out there right now. This is the time I ask myself time and time again, ‘Why the heck do I still live here?!’ 😉

Well, we didn’t stay cooped up inside because of the snow and frigid temp, so we did see Catching Fire on the big screen, finally! 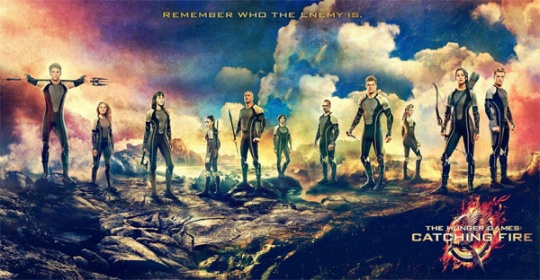 Now, my friend Ashley has written a full review of this last week and I agree with her praises on the movie. I enjoyed the first film but I’d actually give this one more of an edge. I had only read the first book so going into Catching Fire, I tried not to read any of the plot points so it was a pretty different experience. I must say I like being surprised, and there are some moments here that made me go WHOA!

Here are some of the things that I enjoyed from the sequel:

Ok, there are lots to love here but I’m not saying the movie is perfect. I thought the pacing was off in the first hour. I actually glanced at my watch a few times as it felt rather long. I’m not fond of Willow Shields as Katniss’ sister Prim and their scenes didn’t quite resonate with me. There are also very little character developments with any of the tributes. Yes I know this story is more about Katniss and Peeta, but the tributes are almost an afterthought here that by the time the games begin, it felt like the games was actually lesser in scope than it’s supposed to be in the book. Also, am I the only one creep-ed out by Finnick and Mags at one point of the game? It’s just bizarre and not in a good way. 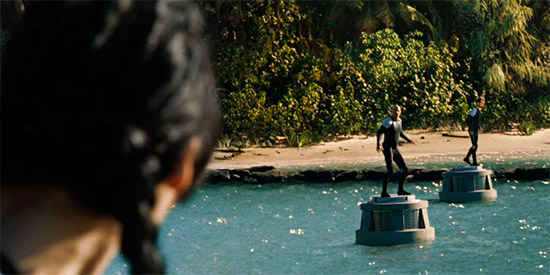 The games itself isn’t as gripping as I expected, though there’s a big tense moment at the start of the game when everyone got dropped to the island. But overall it just wasn’t as riveting, and the fact that Katniss had so many allies right off the bat seems to lessen the gravity of the games, if you will.

That said, I’m still looking forward to the third film. Boy that ending made me wish Mockingjay will be released next month instead of a year from now!

So that’s my weekend roundup folks! Thoughts on The Hunger Games: Catching Fire? Or you can also share what you watched this weekend.