Happy Monday everybody! Hope everyone’s had a great weekend.

Well, it’s a fairly mellow one for me up until Sunday morning as I went to what’s called the the Mall-tour kick-off of the Mortal Instruments: City of Bones movie that’s coming out on August 21. It’s the latest movie adaptation of a popular, supernatural-themed young adult novel which my three nieces are really into right now. In fact, all they talked about when I visited them last month was Hunger Games: Catching Fire and THIS movie. They’ve read most of the books by now, by author Cassandra Clare (who was supposed to attend but had to cancel due to illness), so of course I had to be at the event on their behalf!

It was quite an experience to be amongst screaming fans at Mall of America, as hundreds of fans (mostly girls of course) have been waiting for hours. The two girls at the front of the line told me they’ve actually camped out in front of the mall since noon the previous day!! I can’t post the interview yet until closer to the film’s release, but here are some pics from the MOA event. Stars of the movie, Lily Collins, Jamie Campbell Bower, and Kevin Zegers were in attendance for the Q&A and autograph signing. I couldn’t stop starring at Lily’s stunning black stilettos! 😀 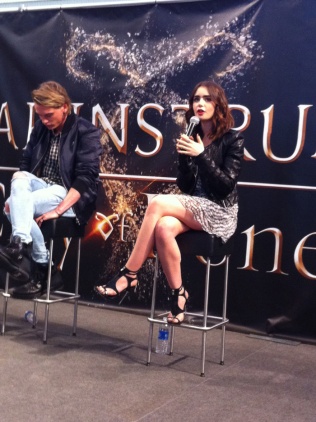 …
I didn’t see anything new this weekend, as I’ve already seen The Wolverine earlier in the week (check out my review). Apparently even with $55 mil to top the box office, it’s still the lowest opening for an X-Men franchise. Not that I’m gonna shed a tear for Wolverine though, as I’m not too impressed with the latest movie. If anything, it made me wish X-Men: Days of Future Past were to be released this year already! 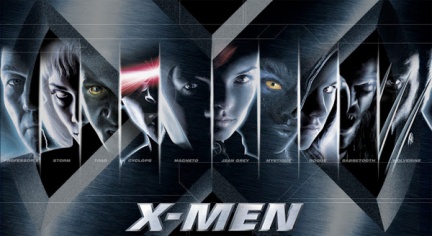 Now, speaking of the X-Men franchise (easily my favorite from the Marvel canon, though it’s still owned by FOX), I did rewatch the first movie from back in 2000. Bryan Singer practically kicked off the superhero genre with his compelling comic-book adaptation, and it still holds up well to this day.

I LOVE that opening scene between Professor X and Magneto at a Congressional hearing, which sets the tone for the whole film. I love how the underlying themes of racism and prejudice vs understanding and tolerance are still relevant to this day. It’s what I LOVE about the X-Men story, and despite how I feel about the latest adaptation of its most famous mutant, I’m still super stoked for Days of Future Past. I’m even more thrilled that Singer is back at the helm this time, too!

Oh, I also rewatched Batman Year One this weekend, as my pal Ted mentioned it recently. Watch for an indulgent, wish-list post based on that tomorrow 😀

Well, that’s my weekend recap, folks. What did YOU watch this weekend, anything good?