With the recent release of Rise of the Planet of the Apes, a prequel to Planet of the Apes, it got me thinking of films with twist/surprise/shocking ending. Since the original 1968’s ‘Apes’ movie was the godfather of twist ending, I figure I should list my favorite films that has a surprise ending. Don’t worry, there won’t be any mentions of M. Night’s films, I think that’s too obvious to name one of his films here. Although I still think Unbreakable’s ending was pretty cool and shocking (well it was shocking to me when I first saw it anyway).

— Spoiler alert! —
If you haven’t seen some or any of the films listed below, I’d recommend you don’t read any further. Unless you don’t intend to see any of these films (or don’t mind the spoiler), then by all means read on.

So here are the films with ending I didn’t see it coming:

Why not start with the godfather of shocking ending right? The original Planet of the Apes ending’s wasn’t as true to the novel but it’s way better than the Tim Burton’s 2001 remake. Throughout the film, Charlton Heston’s character believed he was on a different planet that‘s ruled by apes, well the last shot of the film showed the floating head of the Statue of Liberty on the beach and he realized he’s already home. Classic!

This underrated and little-seen suspense thriller from 1987 was truly nail-biting and had a nice twist ending. Kevin Costner starred as a Navy Officer who was working under a powerful Secretary of Defense, played by Gene Hackman. Costner’s character had an affair with Hackman’s mistress, played by Sean Young. About 30 minutes into the film, Hackman’s character accidentally killed his mistress. So in order to cover up the murder, Hackman’s right hand man, played brilliantly by Will Patton, cooked up a story of how she was having an affair with a Russian spy named Yuri and Yuri was the one who killed her. They’ve decided to bring in Costner’s character to lead the investigation, the two of them doesn’t know that Costner was having an affair with Young‘s character. So upon finding out Young’s character was killed, not only did Costner have to find this so-called spy Yuri, he must also try to keep his boss from knowing that he was the one who’s been sleeping with his mistress!

Before I give away the twist ending, I really hope those who’ve never seen this film to check this out. It’s really a great suspense thriller and all the performances were quite great, especially Costner, Hackman and Patton.

So after everything happened in the film, we found out at the end that Costner’s character was actually a Russian spy named Yuri and his mission was to have an affair with his boss’ mistress. I know it might not make much sense for those who’ve never seen the film, but you’ll know what I mean when you see it.

This film came out in the early 80s, the time when slasher horror flicks were everywhere. What sets this one apart was the shocking ending. I mean seriously the first time I saw it, the ending freaked me out. The story is about a young shy girl who was sent to a camp and suddenly people in the camp were being killed one by one. Well, we find out the killer was actually the shy girl and she is actually a he. Trust me, when you see the film, you’ll understand why it freaked me out. Do check it out if you’ve never seen it. 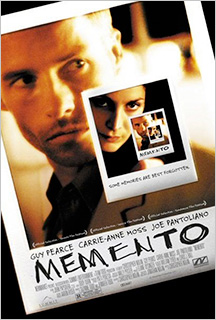 Chris Nolan’s second film was probably one of the best films of 2000s in my opinion. I won’t go into the plot since I believe most people have seen this film already. I do want to know though, if you’re a fan of this film, what do you think of the ending? Personally I think it was great, here’s a guy who believed that he has this “disease” and will do whatever it takes to make people believe that he has this short term memory. Truly a classic suspense thriller that will have people talking for years to come.

This 1973 thriller was probably one of the best of the genre I’ve ever seen. Again if you’ve never seen it, please check it out before reading my spoiler. The film is about a couple who are living in Venice, Italy and grieving the death of their daughter. The husband, played by Donald Sutherland, starts seeing a series of disturbing and fragmented premonitions which coincides with a series of murders in the city. He also sees a little figure who wears the same red-hooded cloak that his daughter wore when she died of drowning. He decides to follow this person who’s wearing the red cloak, a decision he’d surely regret.

When Sutherland’s character finally caught up with the little hooded figure, he turns out to be the little person who was responsible for the murders in the city. And of course Sutherland was killed by this little murderer. I know it doesn’t sound as shocking when you read about it now, but when you see the entire thing, you’ll know why I put this film on this list.

Well those are some of my favorite twist ending films. Name yours in the comments below.