So late last week, Fox announced that Darren Aronofsky won’t be directing the new Wolverine film. As a fan of Wolverine and the X-Men franchise, this was a huge blow to me. Even though I’ve never read any of the comic books, I was a huge fan of the cartoon show that aired in the 90s. I also enjoyed the first two films quite a bit, not too much with X-Men 3 and the first Wolverine film though. So when Aronofsky said that he’s coming on board to retool the Wolverine movie, I was ecstatic because I think he’s one of the best young filmmakers in Hollywood today and Wolverine is one of my favorite comic book characters right behind Batman.

I thought the first Wolverine film has potentials but the final product was pretty lame. Some of you might even remember that the first film has so much drama behind the scenes too, so maybe Aronofsky didn’t want to deal with Fox executives and decided to just walk away now before he’s knee deep in production and couldn’t get out.

The official statements by Fox and Aronofsky said the shoot was going to be out side of the States and that Aronofsky didn’t want to be away from his family for that long period of time. When I heard that, I didn’t believe it for a second. I will bet anything that Aronofsky left the project because Fox executives won’t let him make the film the way he wants and also they probably gave him a very tight schedule to shoot the picture. I truly believe that Aronofsky wanted to make a very gritty and dark film about Wolverine and Fox executives probably said no, very similar to the first movie.

Fox didn’t like where the movie was going so they ordered the director (Gavin Hood) to make changes so they could market it to younger audiences. Rumor has it that Hood actually walked off the set and veteran director Richard Donner actually was the one who finished directing the movie, Donner’s one of the movie’s producers. I think Aronofsky didn’t want to deal with the stress and just walked away. Now some people will suspect the tragic that’s happening in Japan might have something to do with his decision to leave the movie (the new Wolverine film will take place in Japan), that could be true but I highly doubt it. If they’re so concern about the danger of shooting in Japan, they could go to some other country and shoot it. There are lots of country that can be substitute for Japan, The Last Samurai was in New Zealand. 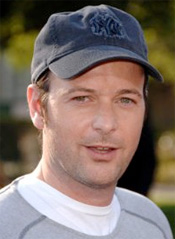 A few years ago when Singer left X-Men to shoot the new Superman film (Superman Returns), Fox announced that Mathew Vaughn was taking over the franchise. Then a few weeks before shooting begin, both the studio and Vaughn came out saying that he’s leaving the project because he didn’t want to be a way from his family for too long. Sounds similar to last week’s announcement about Aronofsky isn’t it? Here’s the original article where Fox announced Vaughn was leaving X-Men 3. The real reason why Vaughn left the project was because Fox gave him an impossible shooting schedule and they demanded he shoot the film based on the new script, Vaughn wanted to stick with Singer’s original script. Had he or Singer made the film, the main story would’ve been about the Phoenix saga and we’ll finally get to see those giant robots known as The Sentinels, it was seen briefly in beginning of X-Men: Last Stand. Of course we all know what happened, even though Last Stand made a lot of money, I thought the film was quite awful compare to the first two X-Men films.

As of now Fox hasn’t announce who will take over the project yet, I just hope they don’t go and get some of the hacks to finish the job. If they do, you can bet they’ll go after someone like Brett Ratner, Rob Cohen, Stephen Sommers (he was fired from the G.I. Joe sequel so he’s looking for work) and Paul W. Anderson. Since most of my favorite and talented directors are busy with their own projects, I’m afraid Fox might just hired one of those hacks.

But just for fun, these are my ideal candidates to replace Aronofsky: Duncan Jones (Moon), Park Chan-Wook (Oldboy), The Coen Bros. (why not, they haven’t done an action/comic book film yet and this could be very interesting project for them) and Quentin Tarantino.

I know those guys will probably never be on Fox’s list but even if they are, I highly doubt they’ll accept the job. One possible candidate that Fox might actually hire is Bryan Singer, he was in the running to direct the first Wolverine film so maybe he’ll come on board if Fox asks him.

Well, what do you think of Aronofsky’s departure from The Wolverine? Are you as upset as I am and who do you think should fill in the director’s chair for this film?

35 thoughts on “Guest Post: Musings on Darren Aronofsky’s departure from The Wolverine… and who should replace him”