Welcome to a new edition of From Vision to Film, courtesy of my pal Ted S., the movie connoisseur and walking movie encyclopedia 😀 We always try to be timely with this post series, so we’re posting it today to coincide with Russell Crowe’s new movie The Next Three Days (read my full review) and Denzel Washington’s train flick Unstoppable currently in theaters. Oh, and director Antoine Fuqua (Training Day, Brooklyn Finest) has been in this week’s news as he’ll be directing a Tobey Maguire’s produced sci-fi thriller Afterburn, with recent b’day boy Gerard Butler in talks to star (check The Wrap for details, thanks to ScarletSp1der for the tip!)

Here’s the story behind the Ridley Scott’s thriller American Gangster: 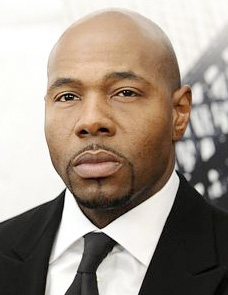 After directing a big budgeted version of King Arthur, director Antoine Fuqua was attached to direct another big budgeted film, American Gangster. The film was supposed to start shooting in the fall of 2004, and released in the holiday/Oscar season of 2005. Unfortunately, King Arthur tanked at the box office that summer and the executives over at Universal Studios were quite nervous about green lighting a $150 mil movie with a director whose recent film has just gotten awful reviews and worse, didn’t make much money in theaters. So they asked the writer to rewrite the script to cut some costs and also move the filming from NY to Canada. Fuqua didn’t have problems with the script being rewritten, but he refused to move the production to Canada. He said he wanted to shoot the whole film in NY so it’s authentic; unfortunately for him, he didn’t have any power to demand such a thing from the studio considering the circumstances of King Arthur‘s box office bust.
…
After a couple of months of bickering, the studio decided to fire Fuqua and pushed the release date back to 2006. Had Fuqua directed the film, the cast would’ve been Denzel Washington and Benicio Del Toro (Russell Crowe got the role in the actual film). Both Denzel and Benicio got a pay-or-play deal, which basically means they both got paid for doing nothing as the film was put on hold in late 2004.

So in early 2005, Universal hired a new director Terry George to get the film back on track. They were hoping it could still make the release date of summer 2006. George wanted to cast Don Cheadle as Frank Lucas and Joaquin Phoenix as Richie Roberts. I’m not sure why George left the project in mid-2005, but my guess is that either the studio didn’t like his casting or they didn’t agree on the budget, or both.

After Terry George left the project, Peter Berg came on board in late 2005 but left the project by year’s end. I think Berg just wasn’t that interested in making the film and again budget was a big concern. Universal didn’t want to spend more than $100 mil on the movie and all these directors were asking for $150 mil or more.

So with three directors off the project, Universal decided to cancel the film entirely by early 2006. In came Ridley Scott in late 2006, this was after A Good Year had failed at the box office. Scott told the studio that he can finish the film and that he could make the release date of the holiday season of 2007. He has one condition, he wanted to cast Russell Crowe as detective Richie Roberts. The studio agreed and Denzel ended up coming back on the project. (Well, he never actually left the project to begin with since he spent quite a bit of time prepping for the role before the production was shut down). So not only did Scott finished the film on time and on budget, the film was a box office hit. I think the studio was hoping for Oscar glory though, but it only got two nominations (for Art Direction and Best Supporting Actress nod for Ruby Dee). But nonetheless, I think you could say the movie was a success.

Have you seen American Gangster? Well, what did you think of the film?

13 thoughts on “Guest Post – From Vision to Film: American Gangster”