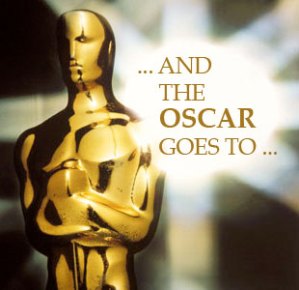 Three more days until Oscar time! I was going to publish my Oscar chatter post on my winner picks vs. predictions on the major categories, but allow me to digress. I had an email conversation earlier today with a colleague/friend of mine and she confessed how The Hurt Locker is not something she’d enjoy watching because she finds war movies really depressing. Then another colleague who might be going to see Precious with her friends told me she was a bit reluctant about it after reading about how some scenes might be too painful to watch. This is the same colleague who couldn’t keep her eyes open during A Serious Man last weekend. All three of those movies I mentioned are up for Oscar this year, which begs the question: are the Academy Best Picture nominees the kind of films that are really enjoyable to watch? What I mean by ‘enjoyable’ is that they’re the kind of flix that don’t make your skin crawl or depress/bore the heck out of you that you actually don’t mind, or even look forward to, watching them again.

Looking back at some of the older movies that won Best Picture, the Academy is notorious for nominating ‘powerful’ movies that aren’t necessarily ‘entertaining.’ For me, there are only a handful of past winners that I actually enjoy watching them over and over again: Gone with the Wind (1939), Ben Hur (1959), My Fair Lady (1964), and The Sound of Music (1965).

But amongst the contemporary best picture winners (let’s just say those released in the 80s up until now), I only count Gladiator (2000) and The Lord of the Rings: The Return of the King (2003) as those I can definitely re-watch again, in fact I have all of the dvds in my collection. I’m sure The Godfather (1972), Rocky (1976) or Titanic (1997) are popular picks in that category. As for the rest, either I don’t have interest in seeing them or they fall in the category of ‘great movies one would only watch once’ because they’re just too overwhelming, disturbing, emotional or a combination of all three. So for me, those would be something like Schindler’s List, The Last Emperor, Braveheart, and The Silence of the Lambs. They’re all worth-watching but I don’t think I can bear watching ’em again.

Of the ten nominees this year, three of them I wouldn’t mind watching again: Inglourious Basterds, District 9 and Avatar (which in fact I have watched twice!). You know how I feel about The Hurt Locker, so suffice to say no repeat viewing on that one for me.

Anyway, how about you, readers? Please do share which previous Best Picture winners you could really watch over and over again, or which one(s) fall under the ‘great movies you’d watch only once’ category.

15 thoughts on “Which Oscar’s Best Picture winner(s) are great for repeat viewings?”