It’s a great week for superhero fans. I know that today DC fans are rejoicing for the #SnyderCut of Justice League. Well, even though I have enjoyed some DC superhero movies in the past, I’m not clamoring to see the 4-hour elongated version of what I think I saw back in 2017 that I could barely remember, ahah. I did rejoice when I saw an email from Disney saying I had a screener of episode 1 of The Falcon and the Winter Soldier (TFATWS) earlier this week! Captain America: The Winter Soldier is my favorite film of the MCU, and also the best of my favorite MCU trilogy. The Captain America movies are all solid but I dare say The Winter Soldier, where Falcon (Sam Wilson) and Winter Soldier (Bucky Barnes) first met, is more than a fantastic superhero movie, it’s a phenomenal movie period.

Ever since Disney+ launched in November 2019 in the US (boy that seemed like lightyears ago!), THIS is the series I couldn’t wait to see. Of course the pandemic delayed everything, including this one. Well, let’s just say it’s so worth the wait!! I rewatched Captain America: Civil War in anticipation for this miniseries, and even THIS scene alone made me wish there’s a movie dedicated to these two. So getting an equivalent of 3 movies but on TV is awesome!!

This is only one of six episodes where, like WandaVision, will not have a follow-up season. I think it’s brilliant that Marvel Studio president Kevin Feige set up these miniseries so filmmakers can dive more deeper into intriguing MCU characters that don’t have their own dedicated movies. And when you’ve got terrific actors like Anthony Mackie and Sebastian Stan, there’s plenty of opportunities to see them flex their dramatic muscles. It’s also cool to see a female director at the helm. Kari Skogland is no stranger to directing high-profile series, such as The Handmaid’s Tale, The Punisher, Walking Dead, The Americans, etc. though TFATWS’s $150 mil budget (for just 6 episodes!!) is no doubt the highest she’s been involved in.

TFATWS opens with a bang! A high-octane action in the vein of the opening sequence of Winter Soldier, but focusing on Falcon instead. The fight choreography is just as good as what you saw in the opening sequence, plus we see a familiar face of the antagonist Falcon is fighting against. If you love Falcon’s flying sequences (and who doesn’t?), well you’re gonna enjoy the spectacular high-flying action scene, the best Falcon flying-action I’ve seen so far! So glad to hear composer Henry Jackman back composing his kinetic score, which perfectly complements the dynamic action Even from the trailers, you can tell the production values is top notch. There’s a cinematic feel to it, which means Marvel isn’t treating these streaming-version content like a step-child amongst the MCU.

But what I also appreciate is the slower, reflective moments for each character. Per Disney’s production brief, Skogland promises “…an epic, character-driven story. We get to go inside these characters and their world in a much more intimate way.” Timeline-wise, this one takes place six months since the events of Avengers: Endgame known as the Blip, where half of all life across the universe returned after the 5-year period where Thanos snapped them out of existence. So obviously things aren’t exactly back to normal yet for everyone, including these two Avengers. After five years in oblivion, they’re trying to find their place in a world that is no longer the same. The miniseries addresses some of those Blip ramifications in a personal way, displaying their personal baggage and inner struggles.

In terms of his home life, we get to meet Sam’s sister Sarah Wilson (Adepero Oduye) and his nephews who runs the Wilson Family Seafood business Louisiana. It’s a real and relatable moment seeing Sam trying to help Sarah save the struggling family business, even so far as helping her secure a loan from a bank. It humanizes the hero and show that they’re not perfect humans who are immune from ‘ordinary’ problems many of us face.

Meanwhile, Bucky’s struggles is more rooted in his identity. I mean, he’s the only Avenger who has done really heinous things such as murdering a fellow Avenger’s parents. Even though he wasn’t really himself when he did it, that is still an impossibly hard thing for anyone to reconcile with. We saw him being ravaged with guilt in Civil War even when Steve still stood by him, here we see his struggles haven’t gone away for the hero-turned-baddie-turned-hero-again. No wonder he’s in therapy, he’s been through SO much trauma! This episode explores Bucky trying to atone for his past sins, with flashback scenes of him on a mission when he was still brainwashed as the assassin Winter Soldier. 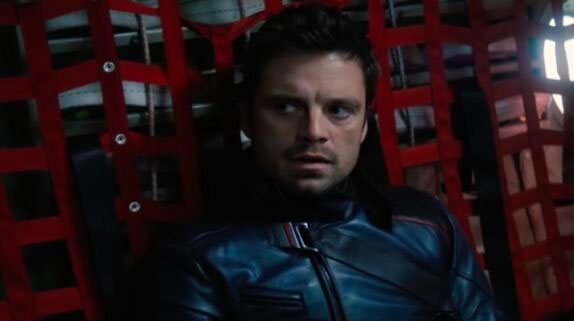 Though Steve Rogers is no longer around in this MCU timeline, Captain America’s spirit permeates through the entire episode. There is a solemn moment where Sam paid homage to his personal friend and fellow Avenger, and we get to reflect on that memorable passing-of-the-shield moment scene in Endgame and what it means to Sam personally. Obviously it’s a huge responsibility to take on that mantle… and this interview with the miniseries’ creator Malcolm Spellman talks about how he “…saw the show as an opportunity to be frank about race in America” In regards to the shield with the American flag symbol, “…being as a Black man, is it even appropriate to have that symbol? That symbol means something very different in Sam’s hands than it does in Steve’s.” It’s certainly timely to have this conversation and I’m glad they didn’t shy away from it.

Though the tone of trailers are more comedic filled with witty, even silly banters between the two, the start of the miniseries is more serious before Sam and Bucky meet up. I actually don’t mind it as the story is still engaging and it makes me anticipate the action-packed adventure in store for these two! I’m also curious to see how the journey of some familiar characters in this miniseries, particularly Daniel Brühl‘s Zemo, the Sokovian special forces whose vengeful tactic was to get the Avengers to fight each other. Unlike Red Skull, Zemo isn’t one of those sociopath villain hellbent on controlling the world, his evil scheme was motivated by grief when he lost his family in Sokovia. Last we saw him in Civil War, he’s confined in a German prison, so I wonder what the story is with him and why/how he’s out in the world again. 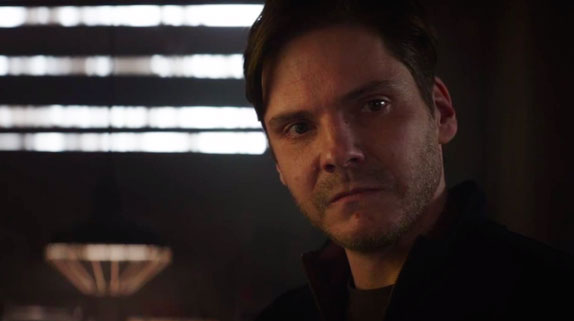 There’s also Emily VanCamp as Agent Sharon Carter returning, and the one major new character is John Walker played by Wyatt Russell (yep, Kurt Russell and Goldie Hawn’s son). In the comics, Walker a.k.a. U.S. Agent is actually a baddie called Super-Patriot. But in this miniseries, he supposedly will partner with Sam and Bucky to protect the world from a new threat. There are scenes of Falcon with a mysterious character who’s a US soldier, played by Danny Ramirez (who’s curiously missing from the IMDb page). He seems to play a prominent role but we’ll see what his story arc will be.

So yeah, so far so good! I think this episode is a strong start that ticks all the boxes for MCU fans and get us even more excited for Phase Four. I certainly appreciate that it’s not all action + explosions, it’s got a nice blend of drama, suspense and action that allow these two characters to shine. I’m also curious to see which Avenger cameo(s) we will see. The cinematography is fantastic, which I expect given the huge budget. I only wish they’d go easy on the extreme close-ups though, it’s fine if used sparingly but I really don’t need to see every strand of Bucky’s eyelash for an uncomfortably long period of time.

In any case, I won’t be reviewing every single episode, but might do a recap once the entire miniseries wraps.

Here’s a sneak peek that just dropped today at the Virtual Launch:

The Winter Soldier goes on a rampage in this new clip from #FalconAndWinterSoldier pic.twitter.com/5EMQYfPBKd

Anyone else excited for this series? If you have seen ep. 1, well what did YOU think?