I had blogged about this three years ago, but upon seeing some new stills from Netflix’s upcoming horror film The Devil All The Time, which stars Robert Pattinson and Tom Holland in supporting roles, it made me think of this underrated biographical adventure drama.

Based on author David Grann’s nonfiction bestseller, “The Lost City of Z” tells the incredible true story of British explorer Percy Fawcett (Charlie Hunnam), who journeys into the Amazon at the dawn of the 20th century and discovers evidence of a previously unknown, advanced civilization that may have once inhabited the region.

It’s too bad the film didn’t do well in the box office, as I think people were expecting a full-blown adventure film a la Indiana Jones. This one is more of reflective adventure drama that focuses on the struggle of the protagonist, British explorer Col. Percy Fawcett with his obsession to find the lost city. Writer/director James Gray, who adapted the 2009 book of the same name by David Grann, wasn’t just interested with the Amazonian adventure itself. He took the time to explore the characters’ motivations, the complexity of the political climate of British Imperialism and the toll it takes for those who went against the tide of convention. I appreciate the family drama aspect of the story as well, which often gets overlooked in adventure films.

Charlie Hunnam is impressive here as a soulful and complex protagonist, which proves that he’s much more than a brute hunk. Glad Brad Pitt passed on the role though he still signed on as producer. Hunnam has the rugged look, presence and vulnerability that made me identify with his role and easily empathize with his character.

Robert Pattinson‘s appearance as Fawcett’s aide is relatively small here, but I think it’s pretty memorable. I appreciate him taking on more understated supporting roles (and barely recognizable under a full beard) despite being an A-lister after Twilight. Another two actors I’m impressed with are Sienna Miller and Tom Holland as Fawcett’s wife and son, respectively. This is perhaps one of Miller’s most memorable role to me. She portrayed someone who’s more than another devoted wife, but she actually has quite an integral role here in an era where women barely had a place in the conversation. 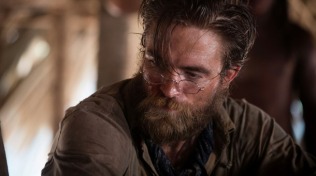 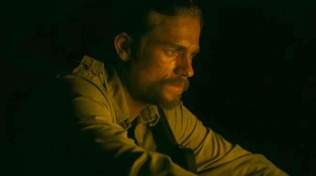 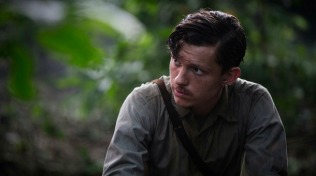 Holland is quite a versatile young actor. He didn’t appear until past the halfway mark but he was memorable. I like the scenes between him and Hunnam who convincingly played his dad despite only being 15 years apart in age.

I’m glad I got to see this film on the big screen (oh how I miss going to the theatres!) The visuals are pretty striking, thanks to cinematographer Darius Khondji and meticulous production design by Jean-Vincent Puzos. The film looks absolutely stunning, with lush tropical forest and river scenes (filmed in Columbia) which looks pretty authentic. But at the heart of it is an engaging story, and an inspiring message against bigotry and racial supremacy that is more timely than ever.

If you haven’t seen this yet, it’s available to rent for free if you have Amazon Prime, and it’s also on iTunes. It’s one I wouldn’t mind revisiting one day. Yes it’s 2 hours 20 minutes long, but we do have the benefit of time nowadays and this film would reward your patience.

Have you seen The Lost City of Z? I’d love to hear what you think!