I’m not the biggest fan of the FALLEN franchise. In fact, I hated the first one and I thought the second was tolerable but still not very good. Both weren’t huge box office hits yet somehow Gerard Butler was able to convince a studio to produce another adventure of his mean-spirited hero character Mike Bannon.

After a battle simulation at his old army pal Wade Jennings’ (Danny Huston) private military facility, Mike Bannon (Gerard Butler) starts having migraine and almost passed out. As it turns out, his heroic antics from saving the President and the world have consequences. He’s constantly popping pain killer pills because of the migraines and has aches all over his body. Yet he’s still thinks he can be a field agent and was hesitant to accept the role of Director of Secret Services when President Trumbull (Morgan Freeman) offered him the job.

When Bannon and his team took the President on a fishing trip, they were attacked with drones equipped with explosives. The ambush killed everyone on Bannon’s team except him and the President. Now in the hospital and being handcuffed, Bannon is being accused of attempting to assassinate the President and he’s being interviewed by FBI agent Thompson (Jada Pinkett Smith). Thompson wants to know why he’s the only survivor during the attack and why his bank account now contains $10mil. Of course, Bannon denies being involved in the attack but since Trumbull is in a coma, no one can back up his innocence plea. When the FBI decided to move Bannon to jail, they were attacked by the people who’s behind the assassination attempt and Bannon was able to escape during the chaos.

Now on the run, Bannon needs to use not only his physical skills but also his wits in order to save the President and prove his innocent. He can’t do it alone, so he decided to visit his long-lost father Clay (Nick Nolte) who’s been living in the forest to avoid being monitored by the government. While back in DC, Vice President Kirby (Tim Blake Nelson) is being sworn in as a temporary President and wants to avenge Trumbull’s assassination attempt by starting a war with Russia. Kirby believes the Russians is behind the attack and that Bannon is their secret agent.

The screenplay is credited to three writers, Matt Cook, Robert Mark Kamen and Ric Roman Waugh who’s also the film’s director. Their story is pretty simple and has been seen in other films before like THE FUGITIVE & AIR FORCE ONE. The audience can pretty much figure out what’s going on before the hero does. I mentioned earlier that Bannon is mean spirited in the previous films but I’m glad the writers tone down his love of violence and he seemed to not enjoy killing the bad guys so much in this film. Maybe because of our current political climate, they decided to make him more likable and not some jerk who loves killing people.

With a reported budget of $80mil, the highest in the series, the film looked like it’s super low budget. I’m not sure what sort of look cinematographer Jules O’Loughlin was going for, but the film looks like it’s a 90s direct-to-video movie. It’s inexcusable for any film to look this cheap from a major studio in today’s world of filmmaking. It’s full of bad compositions and I don’t think they even give much thoughts to color corrections during post production. I’ve seen films that looked great with half the budget. Director Waugh didn’t do much better, the action scenes were underwhelmed and very generic. Compared to the first two films, this one lacks the big action set pieces. With a bigger budget, I would assume it’s going be non-stop action, but the biggest action took place in the film’s climax at a hospital.

Performances by the actors were pretty decent. Butler decided to give a more “realistic” take on his character. He’s worn down and actually didn’t look like a super-agent killer like the previous films. Nolte’s character somehow became the comedic sidekick, which is a welcome in this series that takes itself too seriously. I’ve always like Danny Huston but his antagonist role here is pretty one dimensional and his motivation towards the end of the film is kind of moronic; that’s not his fault of course since it’s written that way. Jada Pinkett Smith’s FBI agent role could’ve been played by an unknown actor, not sure why she even accepted this role since she didn’t have much to do and hardly has any screen time. I can only assume her role was bigger in the script but was trimmed down during the editing process. 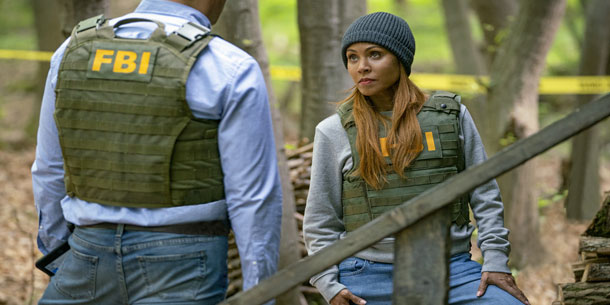 Despite my not-so-great review, I still think this one is the “best” in the series. But then again, the first two films set a pretty low bar and I actually enjoyed this one and the story kept my attention. While the last two films, I only wanted to see the shootouts and explosions. If you’re a fan of the series, then you might enjoy it, or you might be turned off by the lighter tone and less violence on Mike Bannon’s latest adventure.

So have you seen ANGEL HAS FALLEN? Well, what did you think?