Film/Show trailers come out every day, but only a few are worth posting about. Well, yesterday TWO trailers came out that caught my eye. Yes they couldn’t be more different from each other in terms of plot, tone and setting, but I’m excited for both! So let’s start with the Rian Johnson‘s star-studded whodunnit thriller… 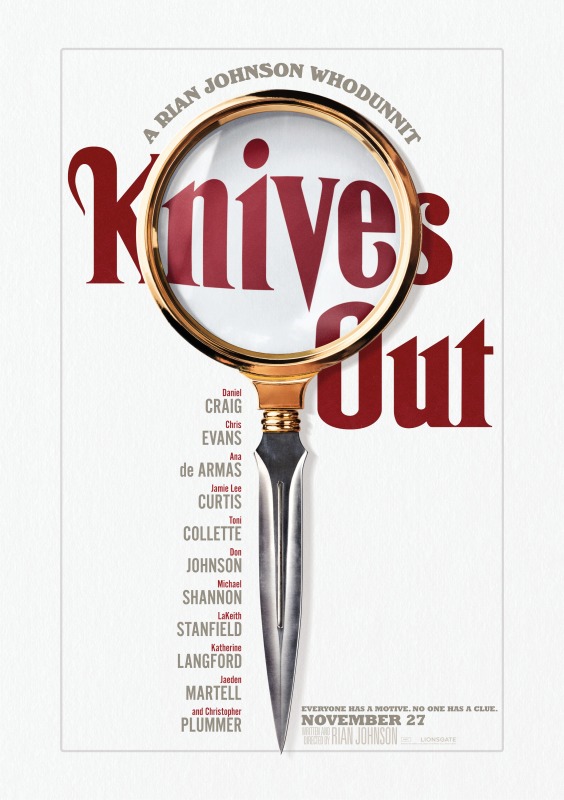 A detective investigates the death of a patriarch of an eccentric, combative family. 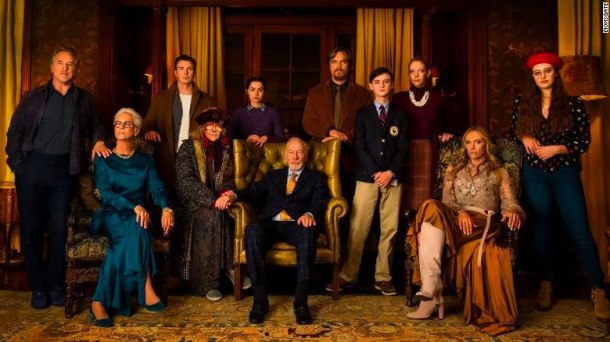 It’s gotta be quite a feat just scheduling THIS kind of ensemble to be in the same room, dayum! Looking at some of the character names on IMDb, sounds like Captain America and General Zod are related? With the Scream Queen herself Jamie Lee Curtis, James Bond’s got his work cut out for him to solve this case, ha!

And here’s the trailer…

After directing Star Wars: The Last Jedi in 2017, writer/director Rian Johnson is now channeling Alfred Hitchcock and Agatha Christie in his family murder mystery with an amazing cast! Right off the bat it reminds me of the excellent miniseries Ordeal by Innocence on Amazon Prime starring Bill Nighy as the patriarch of a wealthy family. This one seems far more comedic, at least from the way the trailer is cut. Interesting to see Christopher Plummer co-starring with Daniel Craig in similar roles as in David Fincher’s The Girl with the Dragon Tattoo which I saw not too long ago. Apparently Craig’s character Benoit Blanc is described as an American Poirot, but what is that accent??! In any case, the scene stealer in this trailer is definitely Chris Evans, shedding his Cap’s goody-two-shoes image with his devil-may-care attitude and a potty mouth. I’m SO down for this suspenseful-but-mirthful wild ride this promises to be. I quite enjoyed Looper, though I should check out Brick one of these days.

KNIVES OUT is released on 27 November, perfect for the Thanksgiving holiday where family gatherings can be murder 😉 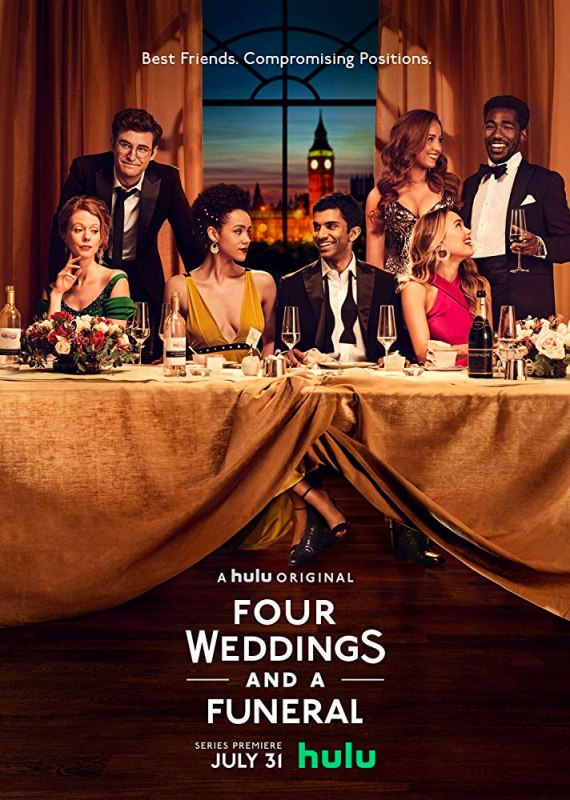 Maya, the young communications director for a New York senatorial campaign, receives a wedding invitation from her college schoolmate now living in London. She leaves her professional and personal life behind, in favor of traveling to England and reconnecting with old friends and ends up in the midst of their personal crises. Relationships are forged and broken, political scandals exposed, London social life lampooned, love affairs ignited and doused, and of course there are four weddings… and a funeral.

Now, normally I’m not into remakes of a classic, especially when it’s one of my all time favorites. But when I heard that Mindy Kaling is writing this miniseries AND I saw the cast includes the lovely Nathalie Emmanuel and my current crush Nikesh Patel, I’m SO down for this! Plus the original exec producer/writer Richard Curtis (who also wrote my fave rom-coms Notting Hill, Love Actually, About Time, etc.) himself is involved in this project.

I LOVE that they’re still setting this in London with a diverse cast. Ok my only gripe is the ‘Ryan Gosling dipped in caramel’ comment. Puh-leeze! The Goz wishes he’s got cut-glass cheekbones and voice like Mr. Patel! Glad Nikesh gets to use his own British accent this time, while Nathalie is playing American – not sure why, but I wonder if she’s related to Andie MacDowell’s character Carrie from the original movie who’s also part of this cast.

In any case, I’ve been enjoying the British Indian actor since my bestie Vony tipped me to watch Indian Summer (it’s on Amazon Prime, highly recommended!!). It’s like Downton Abbey but with more POC cast + more intrigue and higher stakes.  It’s time for him to shine as a romantic leading man and based on this trailer, methinks he’ll steal plenty of hearts! 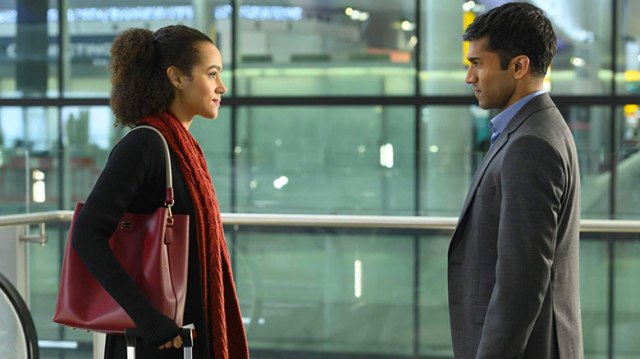 Now, I suppose they could make an entirely new series that’s inspired by the 1994 classic, but considering how tough it is to launch any new tv show, sometimes leveraging something that’s beloved in people’s mind might get more attention. I don’t know what the real reason is, but in the case of this particular series, I’m willing to give this one the benefit of the doubt. A fresh new spin on a classic isn’t automatically bad, so yeah, I look forward to July 31 for the premiere!

Thoughts on these trailers, folks?