Every year TCFF has put together an amazing lineup of documentaries and Inventing Tomorrow that tick all the boxes of what makes an inspiring, fascinating AND entertaining film.

Considered the Olympics of high school science fairs, ISEF is the largest gathering of high school scientists in the world, attracting approximately 1,800 finalists from over 75 countries, regions and territories. Spanning the globe to film students from four different countries as they embark on a whirlwind of social activities and field trips, forming life-changing bonds. The filmmakers didn’t stop there, when the fair ends, Laura Nix and her team follow our characters home to witness how they process their experiences at ISEF. It’s absolutely inspiring, especially given today’s geopolitical climate, to see young people who believe in a shared vision of environmental stewardship and collective action.

INVENTING TOMORROW follows six young scientists from Indonesia, Hawaii, India and Mexico as they tackle some of the most complex environmental issues facing humanity today – right in their own backyards. Each student is preparing original scientific research that he or she will defend at ISEF, the Intel International Science and Engineering Fair. Framed against the backdrop of the severe environmental threats we now face, we immerse the audience in a global view of the planetary crisis, through the eyes of the generation that will be affected by it most.

Q1. How did this project come about to you? Are you (or someone you know) involved in ISEF Science Fair prior to making this?

Like a lot of the general public, I had never heard about the fair beforehand. Which I hope changes after this film because it’s extraordinary, and everyone should be familiar with it in the same way we know the World Series or the Olympics. I was approached in 2015 by my producers Diane Becker and Melanie Miller to see if I was interested to make a doc about ISEF, so I attended the fair in Phoenix in 2016 to both film and scout, and I immediately realized there was a great story to tell there. First off it’s huge – almost 1800 kids attend, and 1000 volunteer judges show up to evaluate their projects. The sense of hopefulness and optimism there was infectious. But I was struck by the students I met who were doing projects with environmental impact, especially when they were addressing issues they were confronting at home – whether it was lack of clean drinking water, or air pollution, or some other type of environmental challenge. They weren’t doing research because it would be cool on their college application, but because they were deeply and personally motivated to save their home and the people they love who live there. Those were the kids who made me want to make the film.

Q2. How did you select the students to feature in Inventing Tomorrow?

We started by reaching out to science teachers and fair directors all over the world, and asked them to identify students who were working on projects with the intention of environmental impact. We worked with local field producers in some countries, and sent out our own field producer to certain places. In the end, we probably interviewed over a hundred kids from all over the world and the US. We were looking for kids who were doing science with a sense of purpose; who were addressing an environmental issue that was local and personal. I was specifically looking for issues that were visual, and for students who could clearly describe their project to an audience. We also were looking for a range of environmental issues that dealt with air, water, and earth.

Most people might think that a documentary about science and the environment is boring, so it was really important to me to create an emotional and character-based film. I was also looking for kids who had a personal story or an obstacle that was compelling, so I could show how they were working to overcome it. We wanted diversity of region, culture, and gender parity. I traveled all over the world to meet the kids we eventually decided to film, and I followed them without having any idea of whether they would win something once they arrived at the fair. I spent time with all of them because I believed in them as people, and because I was fascinated by their ability to pay attention and ask the right questions about the world around them.

Q3. You’ve done over two dozen docs and doc shorts, how do you choose your subject/topic for your next film or do they come to you?

Many of the topics have been introduced to me, sometimes I find the topic on my own. When I look back on my work, I think the greatest similarity is my interest in people who want to make a difference – that seems to keep coming up. These films are really hard to make, and they take a long time as well, so you need to have a deep passion for the topic or you can’t make it through the whole process.

Q4. For Inventing Tomorrow, you had to travel to various countries to film. What has been some of the challenges as well as unexpected delights you & your crew encounter?

When we’re traveling internationally as a film crew, one of the greatest challenges is the language difference. It’s so important to know what is actually happening when I’m directing a scene, so we used interpreters while filming. This is necessary to speak to the film’s subjects, families, sometimes the film crew. The sound person sets up a system where the interpreter stands off set with a remote microphone and interprets live what everyone is saying, and that translation is fed through the sound mixer back to the me and the camera woman as it happens. That way we can make better creative choices about what to shoot and how we shoot it. While we still encounter moments that are lost in translation, the interpreter is essential to the process. My favorite part of filming internationally is getting to meet people and go to places I would never ever have the opportunity to visit as a tourist. For example, getting to visit the armada of pirate tin mining dredges is not on anyone’s tourist itinerary, but that’s one of the most extraordinary places I’ve ever been.

Q5. As I was born and raised in Indonesia, can you tell me just one anecdote about filming in Bangka for Nuha’s story?

People have asked at screenings how did we get access to the pirate dredges, who gave us permission? And because it’s the type of environment that doesn’t have an organized “pirate tin miners association,” we really had to wing it. Our local field producer reached out in advance to some people in the area who had contacts on the dredges, but they all were a no show on the day of the shoot. We had already driven 3 hours before dawn to get to where the ships were, so we just headed out to sea with great hope. And the moment where they gave us permission to film is actually on camera. Nuha, who is this incredible combination of being brave, and also clear about her intention, just asked “Hey can we come aboard your ship?” and they said yes, and so we went. Who could tell her no?

Q5. What’s your goal as a storyteller with the release of this film?

We are working hard to have the film reach as many young people as possible, so people their age with courage, clarity of vision, and belief in their ability to save this planet can inspire them. We are using the film to promote equal access to high quality STEM education as well as youth environmental stewardship, so the next generation is empowered with the tools they need to ensure their own survival on this planet. I also want adults to see the vision of these young people and be galvanized to amplify their voices, their approach and their overall message. It’s clear we left a mess behind us, and we need the next generation to lead so we can follow. 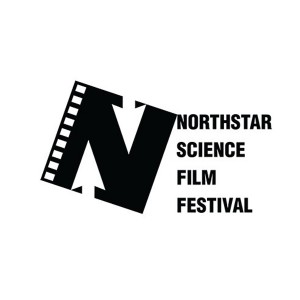 Thanks so much Laura Nix for chatting with FlixChatter!