It’s time for another Twin Cities Film Fest INSIDER SERIES event! One of the perks of being a member of TCFF is you get to see various indie films on the big screen AND also get to partake in the Q&A with the filmmakers afterwards. 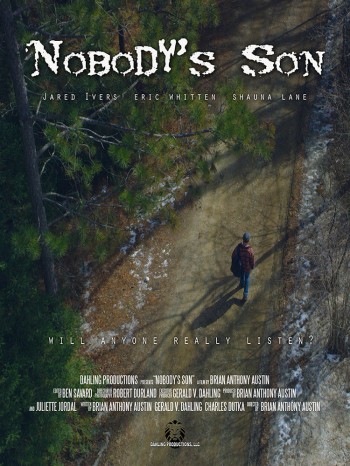 This February, TCFF is showcasing a dramatic short filmed in Ely, a beautiful town in the Boundary Waters area in Northern Minnesota. Thanks to TCFF’s managing director Bill Cooper and filmmaker Molly Katagiri, who worked as script supervisor on the film, for arranging the interview with writer/director Brian Austin.

Dillon (Jared Ivers) has been moved again. A familiar life of being passed from one household to the next, but this time it’s much worse. Dillon struggles with speaking up, in order to expose his abuser. He reaches out to any adult that may hear ; but will anyone really listen?

RUSH LINE tickets are still available, be sure to arrive early!

What’s the inspiration for this film? Is there something personal in the story in any way?

I went through a terrible upbringing and I wanted to relive it and put it on screen.

Tell me a bit about your creative process. Did you write the script? If so, how long did it take you to write it and how did Nobody’s Son project come together?

I am a somewhat good writer and with my other writers Charles Dutka and Gerald Dahling, I composed a very good script that I needed to make as a film. I wrote the script myself with Gerald Dahling for LA Film School for my Associates in Film in LA, California Hollywood.2 I had to take two script writing classes and my first script my teacher didn’t like and I only had a few days to finish the second one so I came up with my childhood experiences growing up because it was easy to remember those trying days and I wanted to have a interesting and compelling story to tell. 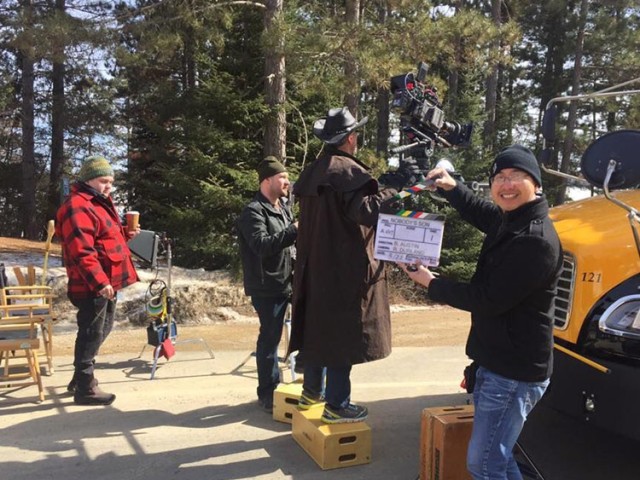 Would you tell me a bit about filming in Ely? I believe you went to school in that town?

I decided to make the film where the events happened initially… I knew it would be more expensive but money was no big deal.  I went to Ely Elementary school till 2nd grade then moved to a nearby town .. my experiences in ely were mostly bad.. especially since I was raised by my cousin and her husband.. I felt like I didn’t belong anywhere.. and it was a very difficult childhood.. the only thing that helped me escape mentally was baseball. I turned out to be a great baseball player (pitcher) at a young age and that was my love.

How long was principal photography? What’s the biggest challenges for you as an indie filmmaker?

It took 9 days to shoot .. we were up by 5 and stopped around 1 or 2 in the morning.. the biggest challenge was to feel confident in my abilities as a director.. I was relying on a Assistant Director for too much of the shoot because I didn’t believe I could do some of the things necessary to make a quality movie. As I progressed through the days, I decided to fire the AD and work by myself and my DP and script writer to help come up with he shot lists for the next day. I felt very comfortable directing after I fired that AD… ha ha 🙂

Lastly, what’s next for you? Specifically in regards to Nobody’s Son, or in general about your filmmaking career?

I am making a feature finally.. It will most likely be filmed in LA and should take a few months to shoot.. it will be a very expensive film to make but sometimes you can’t skimp on quality and need to pay for what you get in the movie industry.  I am still trying to pitch Nobody’s Son as a series on TV or Netflix.. We have been with my script writers.. writing several episodes of the tv series already and plan on pitching it soon as a pilot first for tv.

Thanks Brian for taking the time to chat w/ me!

GET TICKETS to Nobody’s Son screening

RUSH LINE tickets are still available, be sure to arrive early!