Ok let me preface this with a confession that there are still a ton of critical darlings I haven’t seen yet… Get Out, Lady Bird, Mudbound, Call Me By Your Name, The Florida Project, etc. 2017 proved to be one of the busiest, craziest year ever for me. In fact it’s been a pretty crazy whirlwind ride for me. So being a first-time filmmaker meant your priority had to shift a bit (or a lot) and for the past year, my life as a blogger kind of took a backseat.

In any case, everyone’s list is going to be different anyway, even if we all saw the same movies in a given year. As customary, this list is a cross between a ‘best of and favorite’, so sometimes I feel like a film deserves to be on my list because it was masterfully-crafted, whether or not I connected with the story. But generally, my criteria is that a film makes a lasting impression on me, combining the virtue of being entertaining, deeply-moving, thought-provoking, and indelible. Replay-ability is a factor I take into consideration as well, though I don’t necessarily want to rewatch every single film on my list.

So without further ado, I present to you my TOP 10 list (in reverse order):

This film opened the Minneapolis St Paul Film Festival and I’m glad I got to see it on the big screen. I think it’s a massively-underrated adventure drama about a British explorer who disappeared while searching for a mysterious city in the Amazon in the 1920s. I also think Charlie Hunnam is a terrific actor and here he truly shows his dramatic chops. I like that the focus is on his psychology as he grew more obsessed with finding Z, taking a toll on his family despite the support of his loyal wife (Sienna Miller). Director James Gray‘s biopic feels authentic and involving, and the jungle visuals are appropriately lush and gritty, both stunning and dangerous. I also enjoyed Tom Holland‘s performance, memorable despite his brief screen time.

This isn’t the first time I have a movie from the Marvel Cinematic Universe on my top 10 list. I think the fact that Taika Waititi took on the third installment of a so-so franchise in the behemoth MCU and pushed it to forefront in terms of critical + audience reception AND box office take is something to be admired. I’ve been a huge fan of Taika’s work since What We Do in the Shadows and Hunt for the Wilderpeople and he brought his zany sense of humor to Thor as well. The brilliant cast are all fun to watch and they looked like they had such a fun time doing it that’s contagious. Cate Blanchett relished in her naughty, playful side, as did Chris Hemsworth who showed off his comedic chops. But it’s Taika’s witty humor that made the film, even his own character Korg deserves its own spin-off. There’s so much to love about this movie, including the rousing 80s music and the hilarious cameos! 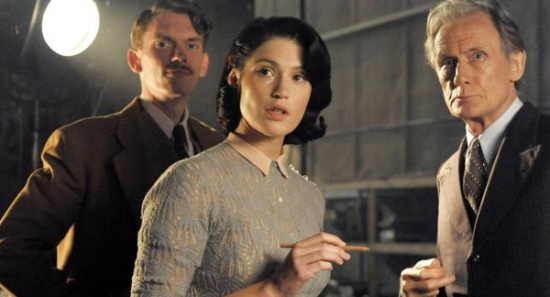 Interesting how the Brits suddenly keen on telling the Dunkirk story all within a single year. We’ve got Dunkirk of course, then The Darkest Hour specifically from Churchill’s perspective. But one that’s the least flashy of them all is a pretty brilliant film with a charming cast led by Gemma Arterton. She played Catrin, a newly appointed as a scriptwriter for propaganda films during the London Blitz of WWII. I always enjoy stories involving a film within a film and this one has both joy and pathos mixed together given the wartime setting. The sexism Catrin faced in the misogynistic workplace and how she stood up for herself feel quite timely. There’s also a sweet-but-not-saccharine romance in the air that’s well-handled, and fun humor courtesy of Bill Nighy as a famous actor whose fame is eluding him. It’s perhaps my favorite film from Lone Scherfig to date, beating even the terrific An Education.

Another female-directed movie of 2017 that left a lasting impression on me. Even in a year with a plethora of superhero films, Patty Jenkins‘ movie stands out because it’s fun & entertaining as well as heartfelt and inspiring. It’s also visually striking, especially the scenery in sunny Themyscira before Diana sets foot in a gritty urban setting in WWI London. And that fight scene of the Amazonians vs German forces took my breath away every time!! Gal Gadot absolutely rocks as the mighty heroine, balancing her earnest, valiant, yet compassionate side. I also love Chris Pine‘s casting as Diana’s sympathetic comrade/love interest, and their scenes together could make the best superhero rom-com. This movie couldn’t have come a better time too given the surging women empowerment in Hollywood fighting for gender equality.

6. War for the Planet of the Apes

Who knew that the ‘Apes’ movie trilogy ended up being one of the strongest trilogies out of Hollywood. Dawn of the Planet of the Apes was on my Top 10 list of 2014, which was also directed by Matt Reeves. Glad he’s back to helm this one again, what a terrific conclusion to the Apes’ charismatic leader Caesar (Andy Serkis in another phenomenal mo-cap performance). His struggles to avenge his kind while being torn to his loyalty to humans is heart-wrenching. This time we’ve got a genuinely hilarious addition to the Apes’ cast with Bad Ape (Steve Zahn), plus a tragic villain The Colonel (Woody Harrelson). I look forward to rewatching the entire trilogy once again, but the last two sequels under Reeves are definitely the most brilliant.

I’ve just reviewed this one and it’s also the last film I saw that ended up on this list. Though it’s an emotionally cold film, I still think it’s masterfully-crafted and brilliantly-acted. One thing I should mention about this film is its intimate feel, it’s as if you’re getting a sneak peek into the life of an artistic genius. It’s a gloomy and twisted affair, but also tantalizingly honest. Daniel Day Lewis is superb as always, but it’s Vicky Krieps who’s quite a revelation as his unlikely equal. With Lesley Manville as her headstrong loyal sister, the three actors makes quite a fantastic trio. I mentioned that I didn’t quite fall in love with this film, but undoubtedly I admire it greatly.

It’s a bummer this film didn’t do well at the box office, and puzzling too given the buzz surrounding it. It may not be as iconic as the original by Ridley Scott, but it’s still one heck of an epic film. Denis Villeneuve is becoming one of my favorite filmmakers since Sicario. Though his films are always so beautifully-shot, it’s never style over substance. I’m glad I saw this on IMAX, man I hope Roger Deakins gets his overdue Oscar this year! As the quintessential sci-fi that ponders what it really means to be human, the story lingers for days after you watched it. Ryan Gosling delivered a quiet, soulful performance, while Harrison Ford reprised his role memorably with endearing curmudgeon-ness he’s famous for.

Christopher Nolan is one of the rare filmmakers whose complete work I have seen and this is perhaps one of his ambitious one yet. He set out to create an experience rather than simply showing what happened on the beaches of Dunkirk, France. Instead of just telling the narratives in a linear way, Nolan told the story from three different perspectives: land, air and sea. There’s no huge movie stars in this film, the most famous one is Tom Hardy in a practically wordless but charismatic performance as a pilot. Fresh out of an Oscar-winning performance in Bridge of Spies, Mark Rylance once again did an outstanding job as a common sailor who became one of many unlikely heroes. An immersive experience that truly made us feel the horror of war, as intense and thrilling as a war film could be, without resorting to blood and gore. This memorably tense film is not your average blockbuster.

My hubby and I just rewatched LOGAN this weekend since we’ve bought the Bluray a while ago. This time we opted to watch the b/w noir version. WOW we’re blown away once again, this film is actually better on second viewing! James Mangold redeemed himself after his oh-so-promising-but-turns-out-meh The Wolverine as writer/director. He and his co-writers Scott Frank and Michael Green scored a groundbreaking Best Adapted Screenplay Oscar nomination, a unique landmark for superhero stories, as it became the first film based on superhero comic books to be nominated in that category! Well it’s so well-deserved as the writing is truly amazing and it doesn’t feel much like a superhero film at all. It’s a character-driven piece that relies heavily on the relationship between three key characters: Logan, the now ailing Professor X (the venerable Patrick Stewart) and a new young mutant girl Laura (Dafne Keen, sensational in her debut role).

It’s also a very emotional film albeit perhaps too violent at times. The fight scenes definitely made you wince, not only because of how brutal they were, but because what each of the beating meant for the once-invincible hero. Hugh Jackman‘s portrayed the tortured soul for seventeen years, but you’ve never seen him like this before. Every line on his face, every bloody wound, brings Logan closer to what only mere mortals get to experience. That last dialog between him and Laura is one of the most heart-wrenching scenes I’ve seen this year. This is not a happy and fun superhero movie, but not somber & dour for no reason (*cough* Justice League *cough*), but it’s one I know I’ll remember for ages. What a spectacular farewell from Jackman to a role that made him famous, he’ll be sorely missed.

Once in a while came a film that tickled your fancy and ended up sweeping you off your feet. This year that film is The Shape of Water. Yes it’s perhaps it’s the romantic in me, stories of star-crossed lovers always gets me and it doesn’t get more unlikely-matched than a human + sea creature. But Guillermo del Toro could inject so much humanity into his monsters. In fact, the real ‘monster’ in the film is the human who wants to keep the two lovers apart for his own gain.

A dark fairy tale of a beautiful love story and friendship that’s gorgeous to look at. Led by an empathetic performance by Sally Hawkins as well as a slew of terrific supporting cast, The Shape of Water is emotional, thrilling, funny, suspenseful… everything one would want in a period romance, and then some. On my review I also mentioned how there’s such a dreamy quality to the whole production, yet something I can connect with it emotionally. All in all a superb film I’m glad I got to see just before 2017 was done!

I always make room for those that didn’t quite make it to my Top 10 but still made a lasting impression on me. Some of these actually came very close to being on my top 10. Thanks to Twin Cities Film Fest for screening some of the films that ended up being some of my faves of the year, Darkest Hour (w/ phenomenal Gary Oldman as Churchill), Breathe (wonderful directorial debut of Andy Serkis featuring sublime performances from Andrew Garfield & Claire Foy), Last Flag Flying (what a cast!), Walking Out (Matt Bommer is more than a pretty face), and The Bachelors (Josh Wiggins is a fantastic young actor, the world shall know who he is soon!). 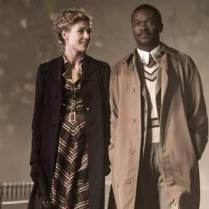 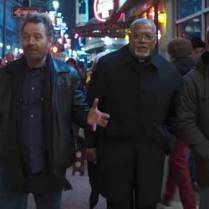 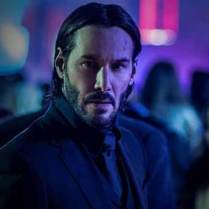 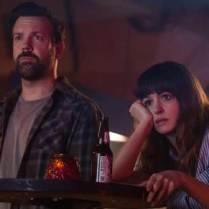 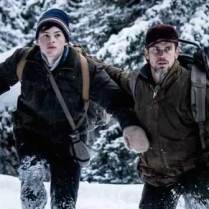 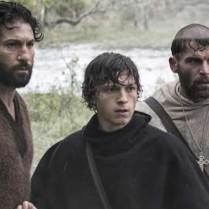 What Happened To Monday

So what do you think of my Top 10? Which of these are YOUR faves of the year?
…