Saturday was a jam-packed day for me. I’m bummed that I missed the early Filmmaker Brunch as I wasn’t feeling well so I overslept (hey bloggers are humans too!), but my morning started with two great film panels, part of TCFF’s free Educational Programs!

The first panel was on Making, Distributing, Marketing & Watching: What’s the Impact of Digital? at 11:00am

Like many industries, the business of TV and Film distribution is certainly changing due to digital – whether you’re watching on your phone or tablet, dropping the cable package, making a web series or seeing a film online at the same time it’s in theaters…the landscape is shifting quickly.

I learned quite a few things from this very insightful panel… these are just small sampling:

One of the many insightful and FREE educational panels on Digital Distribution @TCFilmFest I learned a lot as a newbie filmmaker 🎬 pic.twitter.com/t7JYCfwiXx

Film Fatales in the Twin Cities

Members from the newest chapter of this global collective of female feature film directors discuss the power of collaboration in the fight for gender equality within the film industry.

It’s so inspiring to learn from Lisa Blackstone, Melissa Butts, Norah Shapiro,Missy Whiteman, and moderator Melody Gilbert. Thank you for sharing your stories and experiences making films, and for inspiring aspiring filmmakers like me to keep on keeping on and not to give up on my dream of making my feature film one day! 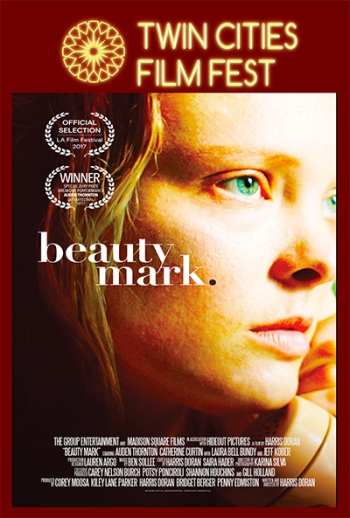 This is the kind of heart-wrenching films that’s hard to watch at times, but you’re glad you did. Inspired by true events, it’s a story of a poverty-stricken young mother forced to move out of her condemned house. Anchored by a harrowing, bravura performance by Auden Thornton, the film transports you into her painful reality of a life and forces you to wake up from your comfortable confines of your own.

The protagonist single mother Angie can’t seem to catch a break… taking care of her toddler son and alcoholic, overbearing mother with only sixty five dollars to her name. Slowly it’s revealed she has been abused as a child. As if that wasn’t tough enough, she realized he’s the only person with money she felt she could turn to.

Writer/director Harris Doran made you truly empathize with Angie despite some of her questionable decisions. It’s a truly gritty, upsetting and even haunting film that made you want to scream for the injustices the character suffers.

Spoiler alert (highlight to read) One thing I wish I didn’t see was the topless scene towards the end, given the topic against abuse and sexual objectification of women. Yes perhaps it’s a deliberate choice of the filmmaker, but I feel that there are SO many ways to show what the character does/show without actually showing it to the audience. It’d still be just as impactful IMHO because the character (and likely the actress playing her) has gone through so much in the film. That’s just my honest personal opinion anyways, others might feel differently about this.

In any case, it’s a well-made, phenomenally-acted piece that should be seen. I sure hope to see Aiden in more films as she’s definitely one of the best actresses I’ve seen in my years of covering TCFF.

It’s October, so Winter is definitely coming soon. No, I’m not looking forward to snow at all, especially during my commute. But watching this film makes me appreciate just how beautiful is the Minnesota Wintry landscape. The film centers on a midwestern matriarchy guiding 12-year-old Florence through the rite-of-passage of her first deer hunt.

Bijou Abas plays the young protagonist and this is her feature film debut. I learned that she was in an episode of In An Instant with Hearts Want’s lead actor Peter Hansen back in 2016. I thought she did a wonderful job giving a reserved but assured performance, where most of the time she has to communicate only with her facial expression.

I have to say being that I’m not into hunting at all (can’t even hurt a squirrel!), all I had to avert my eyes during all the deer skinning scenes. The scene of Florence all alone in the woods after she killed her first deer is also tough to watch for me. The rite-of-passage story is nicely-told, as well as the multi-generation familial connections. The story is supposedly told from Florence’s point of view, but I find the film’s lacking a sharp focus. Apart from her aunt Mia (Heidi Fellner), the supporting characters didn’t seem fully fleshed out. At 104 minutes, I also think the editing could’ve been much tighter.

Overall it’s a gorgeous film with a quiet grace. Filmed in Hibbing, Northern Minnesota, at times the film is so beautiful it could double as a Wintry skiing resort commercial. Kudos to writer/director Karl Jacobs (who also played uncle Craig) for creating a compelling MN family drama with a strong young woman that many girls can aspire to. At the Q&A afterwards, Bijou seemed really delighted to play the lead role and sounds like she, as well as everyone in the cast/crew, enjoyed making this, too!

What’s in store for Day 6

I’ll post my interview for the indie drama Butterfly Caught later this week!