Well, on Tuesday night I saw the press screening of The Jungle Book, which is a remake of the 1967 animated film. It was such a pleasant surprise, a visually-mesmerizing film with a simple-yet-moving story. That film is certainly an eye AND ear candy, with phenomenal voice actors like Ben Kingsley, Idris Elba, Scarlett Johansson, Bill Murray, etc/ providing the speaking voice for all the animals.

So in honor of that film, I thought I’d um, remake my old post that still remains quite popular to this day, top 10 favorite actors with the smoothest voice. It’s funny but more often than not, actors I have a crush on usually have an addictive speaking voice, and I’d even listen to their interviews over and over just to hear their voice! It’s obviously a very subjective list, and I’m not going to include the same people I’ve already included in my original list (i.e. Gregory Peck, Alan Rickman, Richard Armitage, Hugo Weaving, etc.) Also excluding the obvious ones like James Earl Jones & Morgan Freeman, because well, they’re a league of their own.

Yes I realize I could’ve renamed this list Favorite BRITISH voice actors, ahah. But hey, I didn’t pick based on nationalities, but just like looks & talent, the Brits seem to have ’em all 🙂 In any case, here they are in no particular order:

One of the most mesmerizing things about #TheJungleBook was definitely @idriselba‘s deep voice, he sounds as gorgeous as he looks!

I’ve been a huge fan of Idris’ voice since Rocknrolla. The voice timbre, the accent, it’s simply mesmerizing. Even without seeing his physical presence, his voice alone has that irresistible swagger. 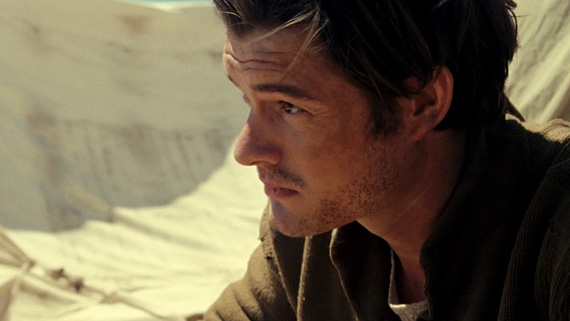 Ok so Sam’s voice is a bit of an unconventional choice. People say he sounds like John Hurt, not that there’s anything wrong with that. But there’s something so irresistible about his raspy voice, likely due to his years of chain smoking. I’ve been saying on Tumblr that Sam’s voice is my drug of choice of late 😉 I literally would listen to a bunch of his interviews, which is just as fun to listen to as his singing voice in Control (and his former band 10,000 Things)

… or British as dashing Colonel Darcy in Pride + Prejudice + Zombies…

… Sam’s voice is music to my ears that I can’t get enough of.

I don’t know why I didn’t include this in my original list as I’ve always loved Mr. Irons’ voice! It’s so distinctive, with a timbre all his own and he’s got impeccable delivery the way Alan Rickman did. Hearing him even in his brief appearance in Batman V Superman reminded me just how much I loved his voice. Speaking of Disney voice actor, his voice work as Scar in The Lion King is just superb. I mean how does one go against James Earl Jones in the voice department, but he certainly held his own in that regard.

The one actor I was crushing on in the first Thor movie wasn’t the hero, it’s the villain. Hiddleston’s voice sounds so melodious even when he’s in distress. His extensive theatrical training came through in his delivery, it’s so clear, dramatic and simply mesmerizing. He totally came away with the movie on account of his voice alone IMHO. I went to see his performance as Coriolanus as part of a National Theatre Live broadcast just because I LOVE listening to him do those long monologues and indeed he delivered.

Oh and of course he’s absolutely divine in reading Shakespeare…

Ok this is crazy but I never actually paid attention to Will’s voice as I barely watch any of his movies. But when he did Batman in the LEGO Movie I thought my goodness he’s got a gorgeous voice! It’s so deep that it’s hilarious but it certainly sounds lovely, heck better than Christian Bale’s ridiculous’ Batman voice in Nolan’s movies. I can’t wait for the standalone LEGO Batman movie!

Come to think of it, Rocknrolla is chock-filled with Brits with gorgeous voices (there are three of them on this list alone). Strong is so criminally underrated as an actor, but I think fewer people know he’s also a fantastic voice actor. But really, he’s got the perfect voice pitch and lovely accent that he probably could make a successful career solely on his voice alone.

One of the reasons I ended up loving Jessica Jones is the casting of Mike Colter as Luke Cage. Ok so the first time we saw him I was already transfixed by him before he even opened his mouth (I mean look. at. him.) Then he did open his mouth and I was like, seriously? Not only did he look like THAT, he has to sound THAT good as well? Well let’s just say I hope they give him extensive monologues in the Luke Cage series!! 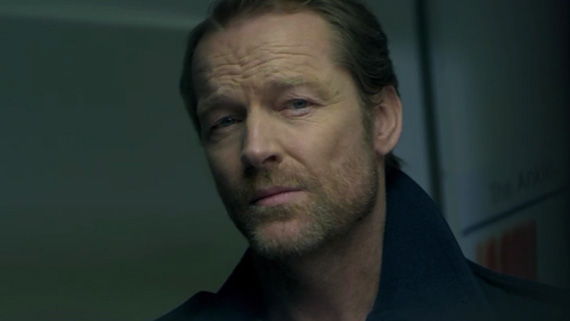 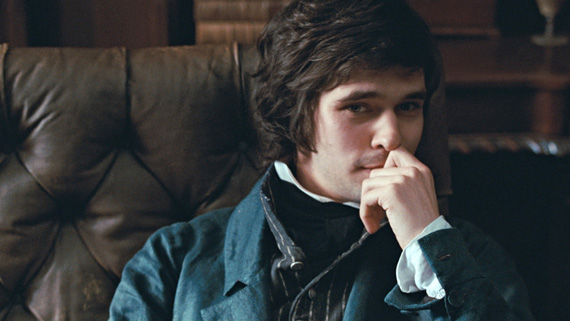 Whether citing John Keats in Bright Star, or bringing a bear to life in Paddington, Whishaw’s use of his phenomenal voice is simply incredible. I also enjoyed his voice as Q in the Daniel Craig’s Bond movies. There’s such a pleasant lilt to his voice that will make anyone swoon.

I love this fan video of him reading Keats’ La Belle Dame Sans Merci set to Thor‘s soundtrack. An odd choice of music but it works!

Well, what do you think of my picks? Whose actor voice(s) that you consider music to your ears?