It’s been ages since I posted a roundup of casting news, but I have a trio of intriguing ones to share w/ you today, folks.

I don’t even have to know what the premise is, I’m already sold on this casting and genre!! So Abrams won’t be directing, but he and his Bad Robot partner Bryan Burk will produce God Particle, to be directed by Nigerian-born filmmaker Julius Onah. 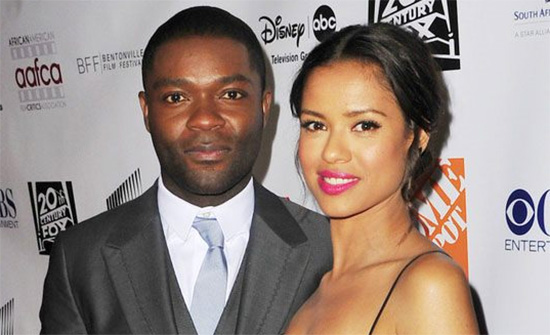 Here’s the premise per The Wrap:

God Particle follows an American space station crew who, believing they have destroyed Earth via a Hadron accelerator, allow the crew of hostile nations to board their ship, with disastrous results.

I LOVE a good sci-fi and this sounds REALLY intriguing, esp. with THIS cast. Glad to see Oleyowo AND Mbatha-Raw as leads too, esp the latter. She’s been relegated to supporting roles too many times and based on Belle & Beyond the Lights alone, we know she’s leading lady material. It was Abrams who discovered her in Undercovers. So yeah, I can’t wait to hear more about this one but I’m already sold on it.

Speaking of Beyond The Lights, its director Gina Prince-Bythewood will be reteaming with miss Gugu again on Untamed State, based on a novel by Michael De Luca.

Per Deadline, the novel tells the powerful, unflinching story of a Haitian-American woman kidnapped for ransom in front of her husband and child. The novel explores the privilege that made her a target and the strength she must draw on to survive and reclaim her life. This sounds very intriguing indeed and I’m thrilled to see Mbatha-Raw getting a leading role again in this one. Of course, having a talented female director like Prince-Bythewood on board is always a welcome thing in my book!

So it’s Poe & Padme as married couple? Star Wars fans must be having a field day 😀 But to me, I’m super excited to see Isaac re-teaming with Garland again after the phenomenal little film Ex Machina. The premise per Tracking Board:

The story centers around a biologist (Portman) who, in seeking answers to her husband’s tragic disappearance volunteers for a government expedition into an area sealed off as an environmental disaster zone. What she discovers, however, is pristine wilderness, and a mysterious dark force within it.

The rest of the ensemble cast include Jennifer Jason Leigh, Tessa Thompson, and Gina Rodriguez. Garland is set to direct his own script, adapted from the first novel of the ‘Southern Reach’ trilogy by science fiction author Jeff VanderMeer.

Based on what I’ve seen so far that’s written by Garland (including Never Let Me Go and 28 Days Later), I can’t wait for this. Glad to see him venture into directing again after his fantastic debut with Ex Machina, I’m sure he’ll do a good job in his sophomore effort.

Daisy Ridley in Talks to Star in ‘Tomb Raider’ reboot

Per THR, Daisy Ridley told the publication at the Empire Awards that there “have been conversations” about her picking up the Lara Croft reins left by Angelina Jolie, but that she hadn’t yet been offered the role. She won the Best Female Newcomer Award at the event. It’s no surprise that her Star Wars: The Force Awakens‘ co-star John Boyega, who won the male version of the Empire Newcomer Award, really wants her to get the role.

“I played Tomb Raider the game; it’s a new take and I think the movies are going to be based on that version,” Boyega told THR. “But I texted Daisy [and] was like, ‘This is you!’ and ‘You need to get on that because you could be Lara Croft.’ She should be.”

I’ve actually seen that game when my hubby was playing it briefly a few weeks ago and I think Boyega’s right, Ridley does seem to fit the look of the new Lara Croft. I’m not entirely sure I want to see another movie adaptation of it though, but I suppose if they must reboot it, I wouldn’t mind seeing Ridley in the role.
…

Ok what’s YOUR thoughts on these trio casting news? Any particular one you feel strongly about?