Ahhh the morning after… So did you see the telecast last night? I went downstairs to my entertainment room at 6:30 and was hoping the whole thing would just start at 7pm, but heh of course we had to get through all the red carpet stuff first. Someone tweeted that the Oscars is really just a whole bunch of commercials interrupted by an award show, heh isn’t that the truth!

Anyway, it must’ve been quite a whirlwind night for these four acting winners.

I did live tweet last night, but honestly I just didn’t have the energy (nor desire) to do a full writeup as I usually do, so I figure why not just do it w/ social media?

Not really my fave dress at tonight’s #Oscars but dayum the great #CateBlanchett wears it well #suchelegantswagger pic.twitter.com/pB0v9LXLGL

For the most part I enjoyed the telecast, despite being so award fatigue by now. I have to say I was most curious to see how Chris Rock would fare as host. Well, I kind of have mixed feelings about it, though I did laugh at his no-holds-barred approach to the whole #OscarsSoWhite issue.

“You realize if they nominated hosts, I wouldn’t even get this job! You’d all be watching Neil Patrick Harris right now.”

I thought about quitting. I thought about it really hard. But I realized they’re gonna have the Oscars anyway. They’re not gonna cancel the Oscars because I quit. And the last thing I need is to to lose another job to Kevin Hart, okay?”

He didn’t just roast The Academy and Hollywood however, he took some jabs at his own Black peers which I thought was hilarious!

“Everybody went mad [this year] … Jada [Pinkett Smith] got mad. Jada said she’s not coming. Isn’t she on a TV show? Jada boycotting the Oscars is like me boycotting Rihanna’s panties. I wasn’t invited.”

Double ouch! It didn’t stop there for Jada and Will as later on there’s a whole segment about Black History Month and it’s as if Angela Bassett was talking about Will Smith, but it turns out the person the Academy was honoring was Jack Black. ha!

I gotta say that the skit spoofing how hard it is for black actors to land a role in white Hollywood had me in stitches! Especially this one w/ Tracy Morgan spoofing The Danish Girl. Even Eddie Redmayne was laughing when the camera panned to him.

…
But the most discombobulating and cringe-worthy moment of the night goes to:

Rock introduced Stacey Dash, who’s known for her role in Clueless and is now a Fox News commentator, as the “new director” of the Academy’s “minority outreach program.”

Yes I knew about her controversial remark back in January when she declared that there should be no Black History Month or BET, but somehow the joke just didn’t jibe and it seems off the mark as most people are baffled by the appearance.

So what does Rock really think about Hollywood?

“Is Hollywood racist? You’re damn right Hollywood is racist. But it’s not the racist you’ve grown accustomed to. Hollywood is sorority racist. It’s like, ‘We like you, Rhonda, but you’re not a Kappa.’”

Rock certainly didn’t shy away from tackling the race issue head on, though all of this diversity stuff seems to be more about black vs white, whilst there are a slew of other races under-represented in Hollywood… and of course it goes beyond race as women still don’t get anywhere close to the same opportunities as men.

I do hope that as much as it’s uncomfortable and perhaps annoying to some that this diversity issue keeps coming up, perhaps it’ll signal change in the ‘inclusion crisis’ (which is a more accurate term to describe this whole diversity issue) that started long before any Oscar ballot was cast.

Now about those awards…

If all you care about is the four main categories…

A recap of the major wins from the #Oscarshttps://t.co/RidQirgcpA pic.twitter.com/30vuZR1bRF

I had put these two down as the who WILL and SHOULD win the two writing awards, so yeah I’m happy w/ the results!

Not a fan of Ryan Gosling/Russell Crowe combo, but…

Haven’t seen the movie but #AliciaVikander is a talented actress. Is this the first major upset of the night? #Oscars

This i09 article describes my sentiment perfectly…

I really wanted this one to go to Roger Deakins. 13 noms, never a win, cinematographic legend. Lubezki is a genius but WE GET IT ALREADY.

Wahoo!! LOVE seeing #GeorgeMiller‘s ecstatic expression when his wife went up to get her award. #Oscars https://t.co/SWb3qHM6Aw

Apparently #ExMachina‘s Sara Bennett is only the 3rd woman to be nominated for a visual effects #Oscars in 86 years! https://t.co/SlIST8iQEf

I really thought #Anomalisa‘s gonna take Best Animated Feature but hey, no gripes from me that #InsideOut won #Oscars

Ok so I was rooting for Sly Stallone to win this but I can’t really be disappointed by Rylance win though, it’s not like he didn’t deserve it.

Yaaaas #MarkRylance! He’s totally the scene stealer in #BridgeOfSpies which is quite a task against #TomHanks #Oscars

It goes to AMY. I haven’t seen it yet but Asif Kapadia did the excellent doc SENNA. I have only seen ONE from the five docs nominated!

This reminds me, I need to watch more documentaries!! #Oscars 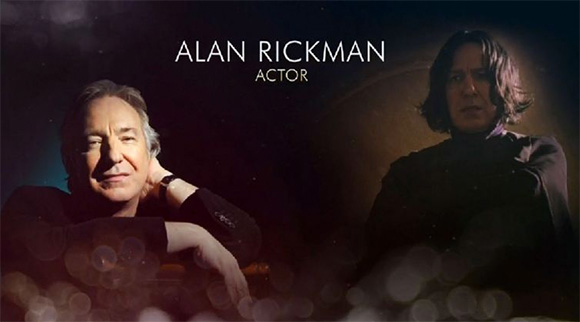 Not prepared seeing #AlanRickman amongst the #InMemoriam tribute. Not sure I ever will 😦 #Oscars

Best Presenter Duo of the Night

Beasts of No Nation‘s Abraham Attah and Room‘s Jacob Tremblay, hands down. Both delivered Oscar-worthy performances in their own right, too!

Can we have #JacobTremblay present every single year at #Oscars please?

Lady Gaga performed a powerful and emotional rendition of her Oscar-nominated song Til It Happen To You from the sexual assault documentary The Hunting Ground. It gives me goosebumps watching it and it deservedly received a standing ovation.

But WTF, it’s followed by one the most underserving wins of the night, ugh!

Hey, Diane Warren, at least you got a standing ovation. Unlike, you know, the winner.
— Guy Lodge (@GuyLodge) February 29, 2016

They awarded every technical achievement to a film whos leader wasnt rewarded fr putting it together? Okay that makes absolute sense #Oscars

This is perhaps the least surprising win of the night, even #BrieLarson herself didn’t seem the slightest bit shocked #Oscars

I thought Brie looked radiant in a blue gown last night… and she gave a gracious speech, thanking everyone from her co-star Jacob Tremblay & boyfriend Alex Greenwald to the moviegoers who saw it.

This vine is everything. Congrats to Leo DiCaprio on his Oscar win! https://t.co/TwGZLsLGza

I had been rooting for #MadMaxFuryRoad but #Spotlight was my #2 film of 2015 so not exactly upset that it won. #Oscars

Michael Keaton just won back-to-back Best Picture Oscars. This is a world I want to live in

Of ALL of the categories I put down for SHOULD WIN, I’m most disappointed by George Miller losing and Roger Deakins losing yet again for the 13th time. Sheesh!!

Some of my fave gif-worthy moments of the night:

Methinks Jacob Tremblay would like to be in the next Star Wars movie. How ’bout that Disney?

LOVE Keaton’s performance in Spotlight, I suppose if Fury Road didn’t get it, I’m glad it went to this film!

Well, at least tonight’s #Oscars is not devoid of surprises. #gladawardseasonisfinallyover

That’s it folks, the culmination of Hollywood award season is now over… thank goodness!

So what did you think of last night’s ceremony? Glee, gladness & gripes? Let’s hear it!