Hello everyone, hope you had a pretty nice and relaxing weekend. Those in the Northeast, hope you’re doing ok and not buried under the snowmageddon! It’s crazy that we Minnesotans have been enjoying relatively uneventful Winter lately, I mean we got the subzero temps last week but as far as snow, there’s really not much to write home about.

Well, I haven’t been to the movies since before New Year but starting this coming week, there’ll be at least one press screening a week, starting with Pride + Prejudice + Zombies this Thursday! Yep, I’m a big Jane Austen fan, but I’m not really a purist so I enjoy mixing of genres, especially as bizarre as this one!

I did see quite a few movies at home, mostly rewatches though:

…
Learning to Drive is a cross-cultural comedy drama by Spanish filmmaker Isabel Coixet that’s instantly elevated by the two charming cast. Sir Ben Kingsley once again played an Indian man, and for some reason I just learned that the British thespian is actually half Indian. Did you know his birth name is Krishna Bhanji? In any case, Learning To Drive is sweet and poignant, albeit rather predictable. Patricia Clarkson is lovely as a woman ditched by her husband. Her character seems insufferable at times, but she displays such affecting vulnerability that you instantly root for her. I haven’t seen too many films of hers but I certainly will do so now.

I still LOVE Notting Hill and my hubby and I actually watched it right after Learning to Drive. He said he’s forgotten most of it but he loved the movie. I think Richard Curtis is one of those rare directors who can make fun rom-coms that appeals to both men and women. Rogue Nation is of course so immensely watchable, glad that my hubby bought the Bluray last week! 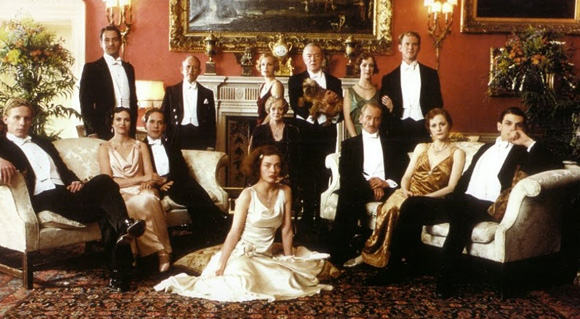 As for Gosford Park, it’s been ages since I saw this one so it’ll feel like the first time. I’ve always been fascinated by films about the English class system and this was written by the writer of Downton Abbey, Julian Fellows. It’s part of the three films we’ll be discussing at Cindy’s Lucky 13 Film Club on Feb 13. The cast is filled with the who’s who of British cinema: Maggie Smith, Helen Mirren, Kristin Scott Thomas, Derek Jacobi, Michael Gambon, Clive Owen, etc. Ryan Phillippe seems out of place in this lineup, playing a Scot no less!

I’ve mentioned this when I posted my 2016 Blindspot list earlier this month. Well, I’ve seen the first one of my Blindspot film which happens to be directed by a woman: Marie Antoinette (review upcoming). If you haven’t heard of this *movement* yet, well head to WomenInFilm.org announcement here, hope you can take part!

…
Well, so far I’ve watched three films by women this month, but one is a rewatch (Belle by Amma Asante). I hope to watch another one by end of this month. Most likely it’ll be another cross-cultural drama, Cairo Time, which also stars Patricia Clarkson, directed Canadian filmmaker Ruba Nadda. 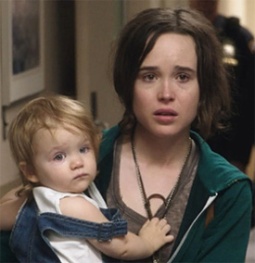 Speaking of movies directed by women, my good friend Kirsten Gregerson‘s in Sundance this weekend and one of the films she’s been talking to me about is Tallulah. It’s a drama by female director Sian Heder starring Ellen Page, Allison Janney, Tammy Blanchard and Zachary Quinto, which has just been picked up by Netflix!

No trailer yet but the film’s been getting great reviews, including this one by Variety. I’ll be blogging more about Sundance films later this week.

Well, what did you watch this weekend? Anything good?