I don’t usually post a trailer spotlight so early in the week, but I’ve been waiting for this movie since back in 2011! Knight of Cups was also on my most-anticipated films of 2013, alas it’s Terrence Malick we’re talking about here. But looks like we WILL see this one in 2015 as apparently the film will now open at Berlinale, Berlin Film Festival, next February.

I was already sold on this film when they cast Christian Bale and the incomparable Cate Blanchett. There’s something about Bale’s look in this film that really appeals to me. At the time, all that’s known about the premise is that it’s the story of a man, temptations, celebrity, and excess. Check out the trailer:

Well, per Deadline we’ve not got the full synopsis:

“Once there was a young prince whose father, the king of the East, sent him down into Egypt to find a pearl. But when the prince arrived, the people poured him a cup. Drinking it, he forgot he was the son of a king, forgot about the pearl and fell into a deep sleep. Rick’s father used to read this story to him as a boy. The road to the East stretches out before him. Will he set forth?”

I must say I’m quite mesmerized by the trailer. But then again, Malick’s films are always chock full of gorgeous, poetic and evocative imagery. He’s working with his longtime cinematographer Emanuel Lubezki again so we can expect another visual spectacle.

Somehow though, this one doesn’t seem as cryptic as his previous films. The story seems to be a cautionary tale or even just a commentary about the repercussion of hedonistic lifestyle.

“You don’t want love… you want to love… experience.”

Of course with Malick, he tends to communicate via metaphors and such, so who really knows how accessible and comprehensible this film is. 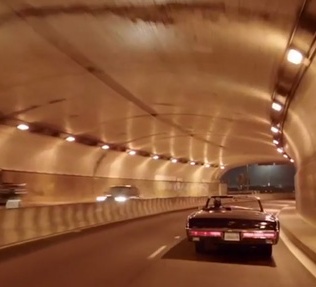 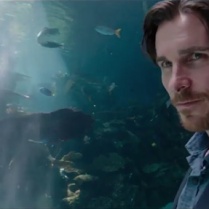 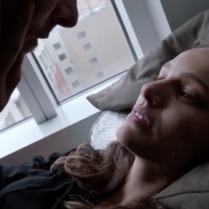 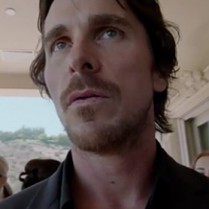 With the bass-heavy paired with all kinds of debauchery and decadence in the first half, and later with a more soul-stirring classical style, it’s such a beautifully-cut trailer that I hope the film itself will live up to. As I’m watching it, it made me think that Malick should perhaps do a short film. I think if you take out all the reflective long shots, this story could potentially be told under 20 min. Heck, given his penchant for leaving so much stuff in the cutting room floor, you’d think short films would be his forte.

The cast is pretty eclectic, though some of them are barely featured in the trailer. For sure we’ve got Natalie Portman, Jason Clarke and I hear Antonio Banderas‘ voice on there. The rest: Brian Dennehy, Freida Pinto, Wes Bentley, Isabel Lucas, Teresa Palmer, Imogen Poots, Armin Mueller-Stahl and apparently, the voice of Ben Kingsley.

I’ve seen four of Malick’s films so far and I actually like all of them to varying degrees. Even though I didn’t quite comprehend Tree of Life, there are still a lot to like about it and I appreciate Malick’s poetic style. That reminds me, I should rent To The Wonder at some point. So yeah, I guess you could say I’m anticipating this now, even more so than before.