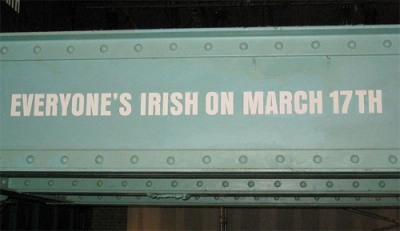 I hope you don’t mind me resurrecting this oldie-but-goodie list I did a while back, but I’ve been meaning to update ’em for some time. This list is limited to performers born and bred in Ireland (at least for most of their childhood), so not those of Irish-descent as it’d take this entire blog to list them all. For the most part, my list stay the same, but you can check out the original list and see who’ve been taken out of the list 😉

Here they are in random order:

So, in the spirit of St. Patrick’s Day (or just the love for the Irish), who are YOUR favorite Irish actors?