It took me a while to finally publish my Top 10 list, but my plan was to post this sometime in January anyway. Now, when I say ‘top movies’ it’s sort of a cross between a ‘best of and favorite’, so the criteria is that these films made an impression on me, combining the virtue of being entertaining, deeply moving, thought-provoking, and indelible. Rewatchability is a factor but it doesn’t account as high as the other virtues I’ve mentioned, because some of the films here are more of a one-time-viewing-only types (for me anyway), but I still very much appreciate the artistry and passion that goes into making them.

Last year I did something different where I posted my Top 10 of the First Half of 2013 back in July, though only one of the films I listed there made it to this FINAL list. Yeah, I’m quite surprised by that as well, but I guess a lot of great films were released in the latter half of the year. 2013 has been a pretty good year for movies so I couldn’t resist actually making a Top 20 (scroll down to read it), as well the unfortunate WORST list that we moviegoers are likely to be subjected to year after year [sigh].

So without further ado, I present to you my TOP 10 list (in reverse order):

Under a lesser director than Paul Greengrass, this film could’ve easily been a run-of-the-mill action film. Fortunately, even when you already knew the story did end well for the Captain, Greengrass and screenwriter Billy Ray managed to deliver one heck of a thrill ride.

Tom Hanks once again proved he’s one of the most consistently accomplished actors of his generation with his astute portrayal. The genius casting doesn’t stop there, as  newcomer Barkhad Abdi is quite a revelation in portraying a villain that’s so much more than a caricature. The direction, performance, cinematography and score all made for a taut, cerebral thriller from start to finish. 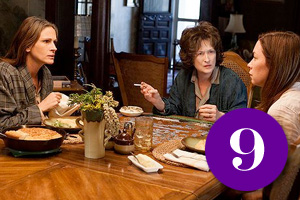 It’s especially challenging to adapt from a stage play, but somehow director John Wells did an admirable job making it work. The ensemble cast worked wonderfully and it manages to be both hilarious and moving. There’s beauty amidst all that chaos and it’s quite amusing that at times the madness of the Weston family actually hits pretty close to home. It’s no surprise that Meryl Streep can pretty much play ANYONE, and as the pill-popping matriarch Violet, she made even the Prada-wearing Miranda Priestly seems warm and fuzzy! I’m especially impressed by Chris Cooper, Margo Martindale and Julianne Nicholson are especially worth-noting. Oh and Benedict Cumberbatch also proved his versatility playing a role that’s a complete opposite of Sherlock. Plus he sings, too!

It’s truly one of THE most harrowing films I saw in a long time and not only because it involved my home country’s history. As if all the re-enactments of the gruesome genocide wasn’t enough, the perpetrators went even further in making an elaborate theatrical performances of their past that’s as surreal as it is disturbing. Major kudos to director Joshua Oppenheimer for tackling a subject matter that not many people know about, and made it in such an inventive way. Though it’s really tough to watch, I still would recommend people to give it a shot. It’s an essential viewing in that this incident isn’t just about Indonesia, but it speaks volumes about our humanity and what we humans are capable of

This film was an absolute surprise when I saw this at TCFF as I hadn’t heard much about it. Like August: Osage county, this one also deals with a quirky family. I feel that this one has a more compelling character development as I felt an odd kinship with Bruce Dern‘s Woody and his son David (Will Forte). I think the ending is one of my favorites of the year as it’s hilarious but also full of heart. This is one family road movie that you’d be glad you tag along. 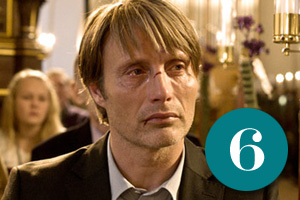 Few films I saw last year got me as riled up as this one. It’s another film festival gem that I’m glad I got to experience, though not something I’m keen on seeing again. The way the story unfolds is most unsettling, made even more eerie by director Thomas Vinterberg‘s minimalist but atmospheric style. He found the perfect actor for the protagonist in fellow Dane Mads Mikkelsen who also subscribed to the less-is-more principle in delivering maximum impact with subtle nuances. Superb in every sense of the word.

I finally get what the fuss is about with British director Steve McQueen. This is only his third film but he’s certainly made an indelible mark in the filmmaking industry. The story of Solomon Northrup, a former free man who was tricked and sold into slavery, made the darkest chapter of human history so hauntingly personal. Glad to see the talented actor Chiwetel Ejiofor getting much-deserved attention for his eloquent and stirring performance. A powerfully-breathtaking work of art, in more ways than one. 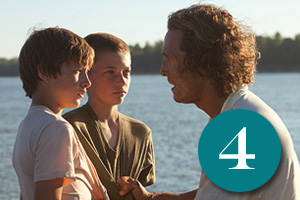 This is the film that got me so upset I couldn’t see it at the MSP film fest as it was snowing so hard. I’m glad I finally saw it when it’s out on rental and what a gem it is! Like McQueen, this is my intro to Jeff Nichols which is also his third film. I really like the story of unlikely friendship and this is one of the roles that brings about Matthew McConnaughey‘s career transformation. I also got to discover Tye Sheridan as one of the boys who befriended Mud. The stunning cinematography of Arkansas’ Mississippi river banks could be a character in itself, it definitely adds to the beauty of this film.

It may seem like a traditional Disney princess movie as it’s also set in a Kingdom in a far-away land, but fortunately there’s more to it than that. I absolutely adore the story and the characters, with the funny and kind protagonist Anna being one of the most enchanting character that kids and adults alike can look up to. There are much fun to be had watching this film, but it’s also got so much heart. It’s certainly one of my favorite 2013 films I’ll watch over and over again.

2013 turns out to be full of surprises in terms of movies, and this one is at the top of the GREAT surprise. There’s barely any buzz surrounding this when I saw it, but it absolutely mesmerized me. It’s the most bizarre exploration of love in the modern world, but also one of the most emotionally-gratifying. It’s the kind of film that makes you ponder about the possibilities and effects of technology in our daily life, but more profoundly, it makes us reflect in what really makes us human. I’ve only seen one film by Spike Jonze but after this I’m real curious to see what he’ll tackle next. As for the performances, Joaquin Phoenix and Scarlett Johansson made the most arresting couple in recent memory despite the latter not being physically present in the film.

I saw this last October and I knew it would top my Best list. I kept wondering though if in the next two months there might have been another film that might dethrone it. Well, as of today, it still reigns as THE best film of 2013 for me. Her comes pretty darn close but overall I think Alfonso Cuarón‘s work is still more deserving to take the top spot. I have always loved Sandra Bullock and her outstanding performance here has become a career’s best even in her long filmography. As I said in my review, I ran out of adjectives to describe this film. It’s an exceptional kind of work that people will be talking about for years and people study about in film schools. A pretty simple story set entirely in space, yet it’s a feast for the eyes, ears, mind and soul. Plus, it boasts a finale that makes you want to get up and cheer. Can’t top THAT!
…

You might be surprised that Man of Steel didn’t make my Top 10 considering how much I had been anticipating it. Well, upon third viewing (3rd time being on Blu-ray), somehow I just wasn’t wowed by it anymore. In fact, I found myself picking faults with it that I either overlooked or didn’t mind at the time. Don’t get me wrong, I still like the film and I probably will watch it again, but I just don’t think it deserves to be on my Top 10.

Now some of these films are on my list from the first half of 2013. They’re definitely worth your while when you’re looking for something good to rent:

It’s not quite a terrible movie so I don’t think it deserves to be on the WORST list, but I was expecting SO much more from this. It’s not enough that it’s better than the original Wolverine movie. Plus it had so much promise the fact that it’s set in Japan and we’re supposed to get a compelling back-story into one of X-Men’s most bad-ass mutants. Alas, apart from a few exciting scenes, I find myself feeling quite bored by this movie. I expected a great deal of emotional gravitas from the story, but I didn’t connect with Wolverine’s Japanese journey as much as I had hoped. 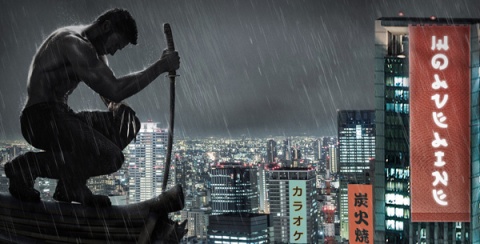 WORST OF THE YEAR:

Ok I’m glad that at least my bad list is shorter than my good list and thankfully I saw less horrible films in the latter half of the year. In any case, my initial Top Five Worst List from last July still stands (listed first), with two more that I saw after that. So avoid these if you can help it, you’ve been warned!