It’s the last weekend of MSPfest and it’s been great watching a bunch of indie films. Saw The Hunt last night and this is my initial reaction:

Well-crafted & well-acted Danish thriller The Hunt is taut and extremely unsettling. It’s one of those films that REALLY got under my skin.

Now, two of the last three films I’m reviewing this week happen to be are directed by women. It’s interesting that they’re two VERY different genres, this one is a dramatic thriller and the other one I’m finishing up on, In A World, is a comedy, but both are highly recommended.

Anyway, on to the review: 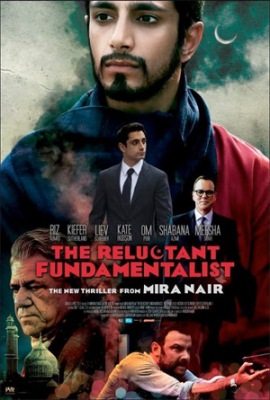 A young Pakistani man is chasing corporate success on Wall Street. He finds himself embroiled in a conflict between his American Dream, a hostage crisis, and the enduring call of his family’s homeland.

I happen to see the trailer just a week before I saw the MSPfest schedule so I signed up to see it right away. This is the kind of film that will likely raise some eyebrows and some people might have strong feelings about it, whether good or bad. I guess that’s to be expected given the subject matter involves terrorism, though this film is not so much about an extremist attack, but the reaction when such a heinous event occurs. This film also works as a character study of an intriguing character named Changez, who like many immigrants, often is (or feels) torn between two worlds.

The film opens with the kidnapping of an American college professor off the street in Pakistan, and somehow Changez, a fellow university teacher, appears to be right in the middle of the Pakistani/American conflict. That’s what Bobby, an American journalist, alludes to when he interviews Changez at a cafe. “I only ask that you please listen to the whole story, not just bits and pieces…” Changez said to Bobby, to which the journalist agrees and as the tape recorder rolls, we’re taken to Changez’s life ten years prior. We saw that he came from a rather privileged background in Lahore and that he was as a prodigious student at Princeton. With the potent combination of extraordinary intellect and tenacity, it’s no surprise he soon attain the American dream when he’s hired at a high-powered consulting firm Underwood Samson. He seemed to have it all, even his love life seems to be going well when he met a free-spirited American girl Erica. But then, 9/11 happened, and from the moment Changez witnessed the footage of the plane hitting the twin tower, things aren’t going to be the same for him.

Now, there have been countless films on that subject, but I feel that The Reluctant Fundamentalist manages to tackle the side not often explored but certainly worth telling. As an immigrant, I empathize with Changez even if I don’t necessarily agree with his decisions. In fact, the whole time I was watching the scenes of him literally being harassed by counter-terrorism officers and TSA agents simply because of his nationality, I kept thinking of a Pakistani college friend of mine who actually share a very similar background as Changez. I’d imagine watching this film would perhaps hit too close to home for him.

I appreciate that the film doesn’t really take sides, in fact, it challenges me to put myself in someone else’s shoes, and to see a complex human emotion at play where things aren’t always so black and white. In the midst of such a tense story though, I also find the film to be surprisingly witty and humorous. Changez making a droll reference to CSI Miami to Bobby and the one that got the most laugh, his nonchalant quip about wanting to be a dictator of a middle eastern country with nuclear capabilities when his workmates ask him about what he wanted to be in the next ten years. Even in its humor though, the filmmaker is well-aware of people’s natural prejudices when faced with a character like Changez.

I was very impressed with London-born Riz Ahmed as Changez. The Oxford-educated actor is also a rapper under the name Riz MC. Apparently I had seen him before in a small role in Centurion, but this is the role that really showcase his talent as an actor. He’s effortlessly believable as an intellectual, a charismatic leader, and a romantic lead, which is a testament to his versatility. Ahmed’s melancholy yet expressive big, black eyes say so much, and I can’t help being drawn to his character up until the very end. 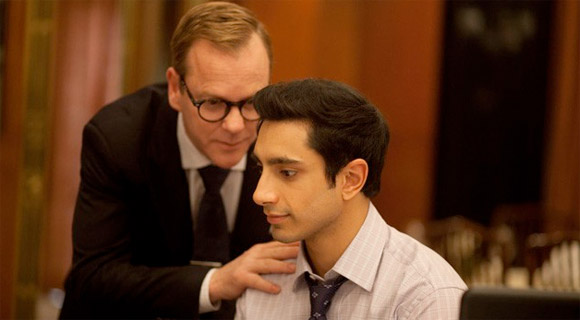 Brunette Kate Hudson is quite good here as Erica, herself a tortured soul because of a past incident that killed her former boyfriend. The two have a convincing chemistry, though from the start it’s clear the relationship is built on feeble ground. Kiefer Sutherland and Liev Schreiber offer decent supporting performances. It’s interesting to see Mr. Jack Bauer NOT playing some CIA officer in a story that could’ve easily been an extended episode of 24.

Overall, I’m impressed with BAFTA-winning Indian director Mira Nair‘s film adaptation from Mohsin Hamid’s novel. How one receives this particular film is likely going to vary from person to person, but I do think it’s well worth a watch as a cultural drama about a subject that’s sadly always going to be timely.

Thoughts on this film yet? Is this something you’re intrigued to see?