Taking cues from my fellow Indonesian blogger Novia who’s done a great job keeping us updated on what her #1 crush Cillian Murphy is up to, I decided to keep you abreast on what’s going on with MY #1 crush 😉 I will be doing another follow-up posts that list the projects for the other four actors that round up my top five crush list (that I listed on Novia’s 5-men to drool on post) 😀

Seems like the last few months he’s been constantly rumored to be cast in all kinds of movies. I counted seven projects listed under pre-productions in his IMDb page.

None of them seems to have any real confirmation, that is until last week there’s news about Olympus Has Fallen, a.k.a. the other Die Hard in the White house movie that Millennium Films are developing (more on that later). The only other possible project out of that list that seems legit is Albert Hughes’ Motor City. I was really psyched about that one when Gary Oldman was involved [even GB himself was very excited about the possibility of working with his acting hero] but now Oldman has exited the project, bummer! I do hope they’ve got another excellent actor in Oldman’s place.

Before I get to his upcoming projects, here’s the rundown of the films he’s wrapped and will be out later this year:

I just read on this site that the title has now been changed from Of Men and Mavericks (though it’s not reflected yet on the poster below), I prefer the former but I suppose the simpler title is easier to remember.

Butler made the news back in December during filming and almost lost his life! He was getting ready to film action scenes when he was thrown off his surfboard and pummeled by breakers at least 12 feet high, then held underwater for two consecutive waves before being hit on the head by four or five more when he managed to swim to the surface. (per Daily Mail). He described the surfing incident during this Graham Norton interview and said he was under for almost a minute!

I am VERY excited about this one because of Hanson’s involvement and the fact that Gerry is learning how to surf for this film. Mavericks tells the true story of a courageous young surfer who trains with an old school master of the sport to reach heights that few men ever dare. Frosty, (Butler) a quiet, reclusive surfing guru, struggles to balance his addiction for the rush of riding waves with the responsibilities of raising a family (per letitcast.com).

Check out the gorgeous and majestic-looking poster [thanks to my pal Terrence], man look at that wave! 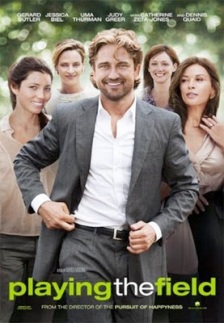 I have talked about that movie here as well as posted some on-set photos. The premise seems tailor-made for Gerry. He plays a former professional soccer player with a wild past who tries to redeem himself by coaching his son’s soccer team, only to find himself tempted by the kids’ restless and gorgeous moms. Two of those moms are Zeta-Jones and Thurman, I think Biel is playing his ex-wife. Not a bad female cast at all, well, apart from Biel that is.

I sincerely hope they have a different poster than this one, but what I REALLY want to see is a trailer!

Now, here’s one he’ll be filming soon that I’m quite excited about:

THR reported that this movie — which was marketed at Cannes as White House Taken —that Butler plays a Secret Service agent who has fallen from grace — until the White House is attacked and taken over by a team of North Koreans armed with extraordinary technology. Everything the Pentagon throws at the problem fails and it falls on Butler’s character, who knows the famous building like nobody else, to save the president and the country. Heh, I don’t like either one of the title, but hopefully this is just temporary and they’ll come up with something better. This is that other ‘Die Hard in the White House’ movie that’s probably going to be out of the same time next year. Kind of like the battle of the Snow Whites this year.

Eckhart reportedly will play the U.S. President and Bassett has signed on to play the role of the head of the Secret Service. Now just yesterday, news came in that Dylan McDermott will also play one of the secret service agents, presumably under Bassett’s command? Well, well, well, how many hunks could one movie have? 😉 I initially wasn’t keen on this one but I’m quite excited about this project now. I mean I LOVE the cast, just Butler and Bassett alone is enough to sell the movie, and now we’ve got Eckhart on top of the bargain. Plus Fuqua’s gritty style should make this intriguing and he’s certainly has a way with actors.

A few hours after I posted this, THR reported that Oscar winner Melissa Leo is in negotiation to portray ‘a tough secretary of Defense who cracks when tortured,’ and Rick Yune is confirmed to play the villain of the movie, ‘a North Korean posing as a South Korean ministerial aide who is described as a sociopath monster.’ Cole Hauser (as one of the FBI agents) and Radha Mitchell (as Butler’s wife) have also joined the cast. Ashley Judd has also been cast as the First Lady and Robert Forster as a US general.

Filming has started in Shreveport, Louisiana and one lucky fan posted this photo on the right with Butler who’s now clean-shaven and sporting a new cropped hair [swoon] 😀

Btw, the other White House action flick is helmed by Roland Emmerich (Independence Day) and starring the beefcake Channing Tatum as the secret agent who’ll save the day. Makes it a pretty easy choice which one I’ll go see, ahah.

According to THR, this movie has received funding at Cannes. Reportedly, the script is adapted by Robert Port and Ken Nolan (Black Hawk Down) from Thunder Run — The Armored Strike to Capture Baghdad by Pulitzer Prize-winning correspondent David Zucchino. Principal photography is to start this Summer.

Butler told EMPIRE what the movie is about: “It’s about the initial attack on Baghdad, as US troops went in with a column of tanks called the Thunder Run — and it’s going to be done like Avatar,” Butler says. “My face and body will be recorded with little cameras and everything else will be CGI, painted in in the background. I’ve never read a script with more action, more explosions, more violence. If you didn’t do it like this, it would cost $300 million. I saw a three-minute test-piece and it blew my balls off.”

A little trivia: McConaughey has worked w/ Butler before in Reign of Fire, yep with our favorite Batman Christian Bale, no less. Butler played Bale’s BFF in a dragon-infested dystopian Britain.

I don’t know about this one, I’m going to wait and see as the subject matter doesn’t appeal to me. I’m far more psyched about How To Train Your Dragon 2, GB’s first ever sequel project and I’m glad it’s something I’ll definitely enjoy!

The role that got away

I’ve got to talk about that casting news on Highlander that’s been swirling around lately. Well, a couple of weeks ago, it’s apparently confirmed that Ryan Reynolds is going to reprise the role of the immortal Scottish warrior Connor MacLeod. So it seems that role authenticity has gone by the wayside again. As you know, the original MacLeod in the 1986 movie was played by a French guy Christopher Lambert with Sean Connery playing a Spaniard (good grief!), and now we’ve got a Canadian native in the role. So maybe this time Ramirez might be played by… Brian Cox? Or might as well just get Billy Connolly there, hot off the success of Pixar’s Brave [shrug]

Well, it’s no surprise WHO my pick would be for MacLeod…

Despite being perhaps a bit too old for the role, I think Butler would’ve ROCKED it. A real Scotsman who has done a plethora of heroic roles in the past. He can swing a mean sword better than anyone and he wouldn’t have to fake a Scottish accent. I was having some Twitter discussion with my Glaswegian friend Mark of MarkedMovies and his pick for the role is Robert Carlyle.

If not Butler, I personally would rather see an unknown who’s the right age and ethnicity than Reynolds any day. Ah well, I’ve said my rant so I guess I’ll just try to let this go.

Roles I’d LOVE to see him do

Well of course I’d love to see him do a British romantic thriller like Hearts Want that I pitched a couple of years ago. I think a role that requires him to be a ‘tough guy with a heart’ suits him well and I’d love to see him opposite a sultry actress like Eva Green. Seems like all of the movies Butler’s signed on are all action-packed, I do hope he’d have some dramatic roles he’ll be signing on in the future as he’s got the chops for them. I’ve said so many times since I’ve seen what he’s capable of in the BBC miniseries The Jury, and most recently his soulful performance in Machine Gun Preacher. You can read my full review here and if you think I’m biased, then check out my pal Mark’s take on it here. 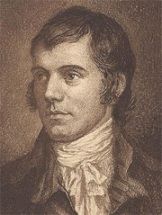 I’m still holding on to hope that he’ll do the Robert Burns biopic that I mentioned several times, here and here. I know Butler was interested to do it at one point so hopefully it’s still on his radar. There were reports that he had met with the potential director Vadim Jean and it’s to be written by Alan Sharp (Rob Roy – check out my friend Michael’s in-depth review of the film). Even the Scottish Government was supposedly going to provide financial backing for the film. Not sure what happened since, but by golly, if he can’t do MacLeod, here’s another role where he can actually play a Scotsman!!

Plus Scotland’s favorite son is supposedly quite the ladies man, so a role tailor-made for Butler, right? 😉 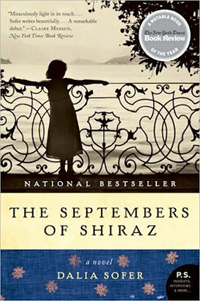 In any case, Butler’s been wearing the producer’s hat for a while, in fact he’s producing three of his upcoming films I’ve mentioned above: Of Men and Mavericks, Playing the Field and Olympus Has Fallen.

Well, I read in LA Times that he’s now going to produce Septembers of Shiraz, which centers on a young Jewish girl in Iran whose life is thrown into disarray shortly after the 1979 revolution, when her wealthy jeweler father is brutally jailed. The story is based on Dalia Sofer’s debut novel.

The NY Times  review says, “Sofer writes beautifully… she tells her characters’ stories with deceptive simplicity. Every member of the Amin family attains a moving, and memorable, depth and reality.”

I’ll keep an eye on this project, seems like an intriguing story that has a lot of dramatic potential.

Well, those are what Butler’s been up to. Which of his projects are you interested in?

64 thoughts on “Gerard Butler Special: What’s next for my favorite Scot”