Ok, so last month we’ve singled out seven actors we think might be a good pick to play Bond. Now, we set our sights to the directors who’d do the franchise some good.

Skyfall‘s director Sam Mendes is quite an unlikely choice to direct a Bond film given his theater background and his films often deal with troubled ordinary people, a far cry from the ultimate action hero. But that fact is what makes Skyfall so promising to me. Some have said that this next Bond flick will be lighter on action but with heavier character development and I welcome that. Now I think we can still expect some high-stunts action sequences, car chases, what have you, but there’s nothing wrong with giving this 50-year-old franchise more depth and profundity.

Well, without further ado, these are seven directors Ted and I think could do the franchise some good:

Ted: Ah now we are finally talking about a director whom the producers might already be considering to direct the next one. He’s a Brit and he’s just made a big budgeted action film, Thor.  Also, he’s already signed on the reboot another espionage franchise, the untitled Jack Ryan film. So not only is he a Brit but he’ll also have the experience of working on a spy flick, so it’s a win-win for the producers. I think Branagh can bring back those classic styles of the Bond flicks from the 60s.

Ruth: The multi-talented Irish thespian maybe known for his Shakespearean work, but he’s far more versatile than than, as proven with the success of the comic-book adaptation of Thor, among others. I’m certainly optimistic about him directing the fifth Jack Ryan spy thriller with Chris Pine. As an accomplished triple threat, actor/writer/director, he’s also got a knack for casting [case in point: then-unknown Tom Hiddleston as Loki in Thor] so perhaps we’d have another star in the making with a yet unknown Bond actor. 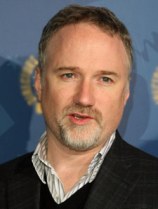 Fincher was actually going to direct another spy franchise back in early 2000s (Mission: Impossible 3). But because of the dispute between him and the studio over the film’s tone, he left the project. With Fincher’s style and flare, his Bond flick could be one of the best ever made, heck he already directed James Bond aka Daniel Craig in The Girl With The Dragon Tattoo so maybe Craig will help convince the producer to hire Fincher for the next Bond flick. We know Fincher can handle big-budgeted films so that won’t be a problem. He’s never done an action film before but some of his films has some great action sequences, for example the foot chase scene in Se7en and the shootout sequence in The Game, so he can definitely stage great action set pieces. Also, his schedule is wide open since Disney put an axe on 20,000 Leagues Under the Sea, he was set to direct the remake of the 1954 film but Disney new chief wanted save some cash. But because he’s American, I don’t think he’ll ever be consider for the gig.

Another candidate I don’t believe Bond producers will ever consider, but it would be awesome if Park Chan-Wook gets to make a Bond flick. Actually I think the South Korean director should’ve directed Quantum of Solace. Most of his films dealt with vengeance and I think Quantum would’ve been a great film had he directed it. Like Fincher, this man knows how to shoot great looking films, his Vengeance Trilogy are some of the best looking films I’ve ever seen and they’re pretty low budget. So imagine if he has $200mil to shoot a film, it would look spectacular. And with a character like Bond, he could explore the darker side of the character.

Some may remember right before the producers of the Bond films decided to reboot the franchise, Tarantino was on The Tonight Show and started talking about much he wanted to make Casino Royale (per MI-6 HQ.com). He told Jay Leno, “Just give me $50mil and I can make an awesome Bond flick based on Casino Royale novel.” Well a couple of years after QT made his comments, that movie came out but unfortunately QT didn’t get to direct it. For the next Bond flick, I think the producers should consider QT as their next director and I know it’s very unlikely since they have strict rules against hiring non-European directors. QT is a Bond fanatic so I know he can make a great Bond film but again I don’t think it will ever happen.

Kathryn Bigelow – Now here’s a director that I don’t believe the producers will ever consider, she’s an American and well she’s a woman. But look at her resume, she can definitely direct a big action film. Point Break is one of my favorite guilty pleasure action films; she also made another great and very underrated action film, Strange Days. Oh yeah she’s an Oscar winner too. So come on now the Barbara Broccoli and Michael G. Wilson, let’s put her on the list of the next Bond director.

I know Nolan has expressed interest in directing a Bond movie. In fact, he even admitted on several occasions of that the intense action sequence in the snowy mountain area in Inception was inspired by growing up watching Bond films. Well, considering how astounding his Batman films and Inception were, I think the 42-year-old Londoner could potentially do something very intriguing with this franchise. On his IMDb profile, it’s said that Nolan’s films often have ‘obsessive protagonists with a troubled past,’ well then Bond would be a perfect character for him to tackle. Plus, given his huge fan-base, it’d certainly be a good move financially for the studios as well.

Surely rising star Tom Hardy would be very keen on this idea. He’s even said that he’d do the role if Nolan is directing. He told Metro UK, “I’d love to play Bond with Chris Nolan (as a) director or something, it would be awesome.” Yes indeed!

Here’s another young, talented Londoner who’s expressed interest in directing a Bond movie. He’s said in many interviews that his X-Men: First Class was partly inspired by the 60s Bond films, describing it as “… part Bond flick and part John Frankenheimer political thriller.” Vaughn quite forthright about his desire to do a Bond movie in this Bleeding Cool article:

I sort of want the Brocollis to regret never hiring me. I was very keen to direct Bond. I don?t know if I am any more, to be blunt, now that I?ve done this. I really love Daniel [Craig], though you know, it might be interesting if they one day decide to cast Fassbender as Bond, then maybe I? ll go ?Hey!?

Fassbender’s Magneto was practically Bondian in his quest for personal vendetta, he even had the strut down pat. It’d be great to see these two team up in a Bond film. Maybe his wife Claudia Schiffer could even have a cameo as a Bond girl 😀

This is the off-the-beaten path pick as Bird is American, but it’d be great if the Broccolis make an exception once in a while. Somehow they don’t seem to mind about the Bond actor not being from the UK, so why not the director?

The critical and box office success of Mission Impossible: Ghost Protocol proves that Bird could tackle live-action flicks as well as he does animated features. He’s obviously able to take a formidable but stale franchise to new heights with innovative and thrilling action sequences. He’s sort of made an homage to Bond movies with The Incredibles, and given his screenwriting track-record, he’d be able to balance the thrills and gadgets with engaging characters and narrative. Oh, perhaps Michael Giacchino could work on the Bond score? Now, that’d be a winning combo!
…

Well, those are our choices, folks. Please vote below and if you pick ‘other’ please let us know who it is and why in the comments. …