With the recent opening of David Fincher’s The Girl with the Dragon Tattoo, a film Sony hopes will be a big hit, so they could then make two more movies based on Stieg Larsson’s novels. I started to think of films that failed to kick start a franchise for the studios. Of course this is nothing new in Hollywood, they’ve made several films that turned out to be a huge franchise for them. We’re seeing so many sequels/reboots in the last few years that I think movie fans everywhere are tired of seeing them.

To be honest I think some of these films should get a remake, yeah I know we’re all tired of remakes, but with the right director, writers and actors, some of the films below could be a great franchise that we may want to see more of: 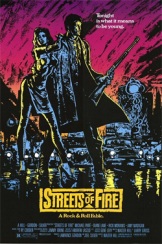 This film by Walter Hill opened in the summer of 1984 and it was supposed to be the first of a trilogy. The film’s sort of a musical/action/romance mixed in as one and it has two young and very attractive leads, Michael Paré and Diane Lane. Also, the young William Dafoe was a menacing villain. The studio thought this will be a sure fire hit since Walter Hill just came off the success of 48 Hrs., so they spent quite a bit of money on the film and unfortunately it just didn’t connect with the audience.

I’m not really surprised that the film failed, it doesn’t really have a plot, the dialogues were cheesy and Michael Paré was just not a good actor, yes he has the look but he can’t act at all. In fact, if you look at his photos when he’s younger, he look just like Superman from the comics. I’m sure Hollywood thought they’ve found their new leading man and he would be the next Steve McQueen.

With that said, I actually like the film quite a bit. It felt like a long music video and I thought it was a lot of fun. In fact, the film contains one of my favorite songs ever, check out the video here:

2. The Adventures of Buckaroo Banzai Across the Eight Dimension

This is one of the films that deserves a remake. It stars Peter Weller as a half Asian, half Caucasian surgeon and rock musician who battles alien invaders from the 8th dimension. Sounds weird right, well the film was kind of weird and kind of fun too.

This one also opened in the summer of 1984 and it was meant to be a series of action films about the crazy adventures of Buckaroo Banzai and his Hong Kong Cavaliers band. In fact, at the end of the film, they announced the title of the second movie. Unfortunately the movie tanked at the box office and bankrupt the production company that financed the film. In early 2000s, there were talks of making a TV series based on the film but it never happened. 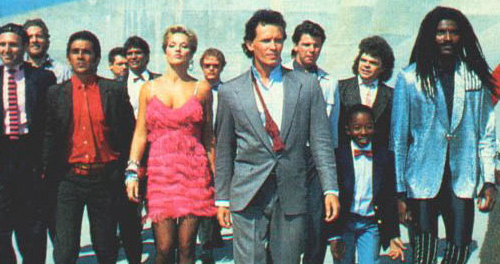 I really like this movie and still hoping to see a remake of it someday. I think a director like Tim Burton can turn it into a fun sci-fi/action adventure and who knows it might start a franchise for which ever studio who decides to finance it. As for the new Buckaroo Banzai, it’s kind of hard to pick any actor since there aren’t many half Asian/Caucasian actors in Hollywood. Maybe Keanu Reeves since he’s part Asian, or even Ryan Gosling. With the right make up, I’m sure they could make him look half Asian, heck Peter Weller is 100% white and they sort of made him look half Asian in the original film.
…

As the title suggests, this was supposed to be the beginning of the first of many films about the adventures of Remo Williams. The film was based on a character from the spy/fantasy novels called The Destroyer and the studio hoped the film could also turn into a big franchise. Unfortunately it barely made more than $15mil at the box office and of course we never heard from Remo Williams again.

This is another film I think would be great for a remake, I enjoyed the original version but somehow it just wasn’t as fun or clever as it should’ve been. I thought Fred Ward was great as Remo Williams, unfortunately the film was poorly directed and the script wasn’t that great either.

It was directed by Guy Hamilton, he was responsible for making some of the worst Bond films ever, Diamond Are Forever, Live & Let Die and The Man with the Golden Gun; but he also made one of the Bond films, Goldfinger. I’m sure with his experience in directing big action spy films, the studio thought he could launch another franchise for them, of course it didn’t turn out that way.

I can see someone like Daniel Craig or George Clooney as the new Remo Williams and maybe once he’s out of jail, John McTiernan could direct the remake. Or even Jon Favreau could be a good choice to do a remake of this film. 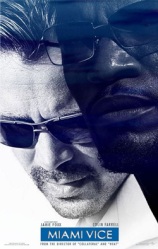 Michael Mann’s buddy cop action was a huge TV series back in the 80s and he probably thought he could start a franchise with the film version in the 21st century. He even convinced Universal to give him $135mil to shoot the film and of course we all know it tanked at box office.

I actually like the movie but I think Mann made a mistake by making the film into a serious action drama instead of a fun action/adventure audiences expect to see in a summer flick. Another mistake was casting, Colin Farrell and Jamie Foxx had zero chemistry but probably the biggest miscast was Gong Li as the leading lady.

She had to learn how to speak English before filming starts and it really hurt her performance because she’s having a hard time pronouncing certain words in English; in fact I couldn’t understand half of what she said in the film. I just don’t get why Mann cast someone who hardly can speak any English while he could find tons of Asian actresses in Hollywood who speaks the English language fluently.

This was the film that finally bankrupt New Line Cinema, it’s the first film of a proposed trilogy based on Phillip Pullman’s His Dark Materials books. Since New Line had made The Lord of the Rings trilogy, they probably thought they could turn this one into another franchise for them. Unfortunately they were wrong and they’ve been in financial disaster since. I knew nothing of the novels but am aware that they’re quite controversial, maybe that’s one of the reasons the film tanked here in the States but it earned well over $300mil overseas.

Another reason the film failed was probably because it was directed by Chris Weitz whose previous films were mostly romantic comedy and I believe the film really suffer from his inexperience with big budget special effect film like this. Some of the big action scenes were clunky and looked kind of amateurish. 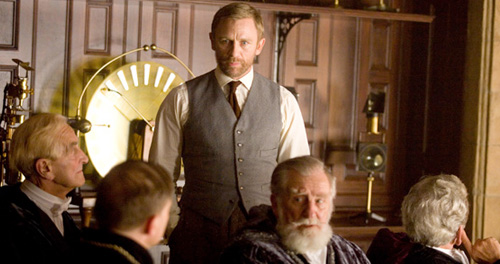 But most of all the film just wasn’t that good, I had a hard staying awake while watching it and didn’t care for any of the characters. Lord of the Rings it ain’t.
…

So are you a fan of any of the films I mentioned? If so, did you wish you could see the sequels?