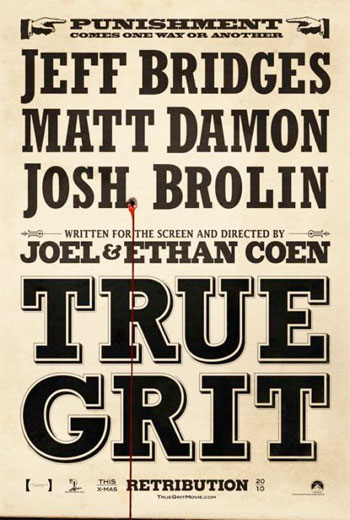 True Grit becomes one I really want to check out after seeing the trailer, it’ll be the first film from the Coen brothers I’m actually excited about. But my good friend and frequent FC contributor Ted S. has been anticipating this movie for quite some time. So why not let him share the five main reasons why he can’t wait to see it.

First off I just wanted to say that I’ve never read the book or seen the original film from 1969 starring John Wayne, so I’m going into this movie with not much knowledge about the story. I think most people my age (early 30’s and younger) probably doesn’t even know that this is a remake and based on a novel, I’m just assuming here so if you’re in your 20s or early 30s and have seen the original film and/or have read the novel then good for you.

Anyhoo, here are five reasons why I’m so excited to see this film on the big screen:

So, who’s with us? Anyone else excited for this film?