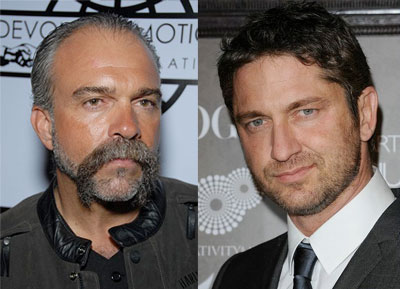 Talk about wish granted. I just emailed my friend Prairiegirl literally minutes before I found out about this, wondering what else Gerry Butler’s got lined up for him after The Bounty. I know he’s going to be shooting Coriolanus (well not shooting as with guns, though swords might be involved 🙂 ) with Ralph Fiennes in Belgrade in a couple of months, but there are no other confirmed projects for him according to IMDb. Well, what do you know, whilst browsing on Collider site, I spot a casting update that Butler is indeed set to play Reverend Sam Childers! 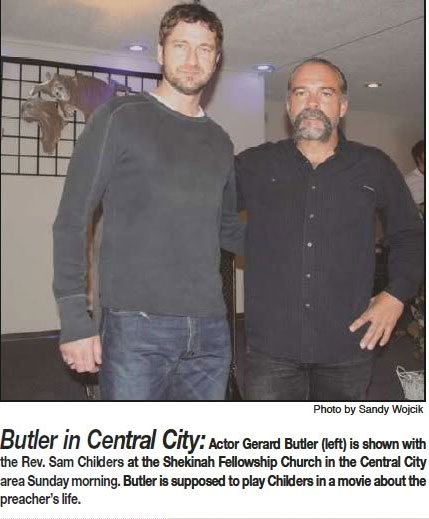 I blogged about this back in mid December and was really hoping this would actually materialize. Looks like Marc Forster is on board as well, just as previously reported. This is the director who cajoled an Oscar-winning performance out of Halle Berry in Monster’s Ball, so who knows, could Butler be more than just an award presenter next year?

For now at least, my hope that Butler would ditch silly rom-coms is coming true. Having seen his work long before his bad-ass roles in 300 and Gamer, I have confidence in Butler’s acting ability and versatility. Just because he made some poor role choices doesn’t mean the guy can’t act. I think this and Coriolanus just might be enough to make up for The Ugly Truth The Bounty (it’ll take a few more solid roles from GB to erase TUT from my memory!!). I’m still hoping he’ll do another biopic though, that of Scot’s favorite son, the poet Robert Burns. After some intense and battle-filled roles, Burns would be a nice dramatic diversion that’s more romantic in nature.

Btw, Deadline Hollywood have some tidbits as to how the producers came to find out about Childers: After watching an NBC Dateline news story on Childers’ crusade, producer Robbie Brenner and Keller tracked him down to secure the rights to his memoir Another Man‘s War: The True Story of One Man‘s Battle to Save Children in the Sudan. Looks like Butler has met with the preacher according to this newspaper clipping to the right. Known for playing fearless characters, Butler finally gets the chance to play a real-life hero with a Higher purpose.

Production might start as early as later this year. Can’t wait!