80s iconic director John Hughes died Thursday of a heart attack whilst taking a walk in New York City. He was only 59. I can’t help feeling nostalgic as growing up in the 80s, I watched a lot of his films: The Breakfast Club, Sixteen Candles, Pretty in Pink. He was a visionary who has an uncanny ability to appeal to teens, offering a slice of that tumultuous years of our lives. His wasn’t 90210 or Gossip Girl kind of high school, it was a realistic and riveting portrayal with real teen angst and awkwardness.  Yet he made the awkward and the outcasts ‘cool’ and endearing, and threw the ‘Norman Rockwell’ style of a perfect family that was prevalent at the time out the window. He made quite an impact in the span of a decade, not only did he pretty much invented his own genre of teen malaise, he also made stars out of his actors—The Brat Pack: Molly Ringwald, Demi Moore, Judd Nelson and Andrew McCarthy were all household names to his credit. His tremendous success with that specific genre still have an impact on how movies are marketed today, with the film industry targeting specific age groups in their campaigns.

But out of all of his movies I’ve seen, the one that made a lasting impression on me is Some Kind of Wonderful, which was written by him but directed by Howard Deutch. I must have seen this gazillion times, but I’d turn to mush every time I watch it. As I didn’t go to an American high school, this movie gave me a glimpse of how it’s like living it, whether it was accurate or not is beside the point. The story of a tomboy who secretly has a crush on her own BFF Keith. Now who hasn’t felt that in high school, college or any other time in life? It’s a classic love dilemma all of us can relate. But of course, the boy in question has a crush in someone else, and not just anyone, she’s the prettiest, most popular girl in school, complete with her dirtbag rich boyfriend. The story of unrequited love always appeals to the hopeless-romantic side of me, especially when it’s your first. Eric Stoltz as the destitute but charming boy Keith made me wish I had a best friend like him (which was kind of impossible since I went to an all-girl school) and I could see the appeal he had on Watts (Mary Stuart Masterson).

The kiss training scene is arguably the best scene of the whole film. Watts’ been helping Keith land the date of his dreams with his crush, even though she secretly despised it. As the date looms, she offers to ‘train’ him on how to properly woo his date. It’s such a funny and toe-curling-ly moving scene, funny how clueless guys often are even when the signs are smack dab in front of them, and how resourceful some of us can be when it comes to love. I love Watt’s line, “Lesson’s over. You’re cool,” to which Keith reply, “You’re blushing… that was very nice, you’re pretty.” Ha.. ha! I absolutely adore this scene!

Of course, the second best part is the ending — “You look good wearing my future.” Hughes has a gift for one liners, and this one gets me every time. See this if you haven’t already, and you’ll know exactly what I mean.

RIP Mr. Hughes. Thanks for the memories.

F. Gary Gray, Law Abiding Citizen‘s director recently tweeted, “My mtg with the composer Brian Tyler went really well. He just gets it. Music is so important, it can ruin your movie if it’s not right.”

I couldn’t agree more. Music can make or break a movie. Not only does it create the mood and ambience of a film, it’s also what gives ‘life’ to certain key scenes, or an entire film for that matter. Nothing else has the same power to evoke emotion as music, and some directors know this to heart. Steven Spielberg for one, who frequently works with one of Hollywood’s greatest composers John Williams, skillfully uses music to add more oomphs to a lot of his films. Jurrasic Park, Schindler’s List, Indiana Jones, E.T., to name a few, all of those scores create a lasting impression in the audience’s mind. 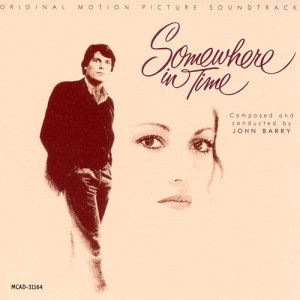 Some movies and their music score are inseparable, if you leave every scene in a movie the exact same, but swap the music, it’ll be a different film altogether. I can’t imagine watching Somewhere in Time without the lush Rachmaninoff’s Rhapsody on a Theme of Paganini rendition by John Barry. Even though the piece was written back in the early 1930s, I always think of the movie every time I heard that music! This is also the case where the score is far superior than the film itself. It lingers with you long after I’m done watching it and one I can listen to over and over again.

Soundtracks are getting more common these days, and those can be very effective as well. Instead of hiring a composer to do a custom theme, they’d use pre-recorded songs they deem fitting for a specific movie. I’m going to break down my list to two different categories as theme songs and soundtracks are kind of a different animal. So without further ado, here are my two lists of favorites:

Thanks to my friend Scot (with one ‘t’) who suggested this trivia:

Do you know the name of the songs played in the Elephant song medley that Ewan McGregor and Nicole Kidman sung in Moulin Rouge!?